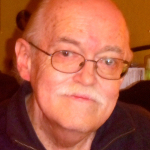 Graveside Services for Lynn Alan Massingill, age 65, of Sulphur Springs, will be held at 1:00 p.m. Thursday, September 25, 2014, at City Cemetery with the Rev. Jim Sustair officiating  No formal visitation is scheduled.

Mr. Massingill, a retired theater production manager and designer, passed away on Sunday, September 21, 2014, at Rock Creek Health and Rehab in Sulphur Springs. He was born on July 23, 1949, in Sulphur Springs, the son of Aron and Rosalyn Massingill.

Memorials may be made to the American Cancer Association or the charity of the donor’s choice.