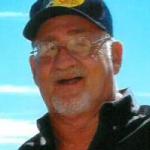 A Memorial Service for L.N. Segler, age 76 of Emory, will be held at 2:00 p.m., Sunday, September 28, 2014 at Murray-Orwosky Funeral Home with Rev. Andy Comer officiating.  No formal visitation will be held.

Mr. Segler died on Friday, September 19, 2014 at Plano Medical Center in Plano, TX.  He served in the United States Air Force, was a avid deer hunter, and loved to go camping and fishing.

He was born on September 4, 1938, in Cumby, TX.  Survivors include:  his daughters, which were the treasures of his life, Renee Segler-Dather and husband, Mike, and Teresa Kennedy, all of Plano; his grandson, which was his pride and joy, Logan Kennedy of Plano; his last love, which he enjoyed spending time with, Carolyn Hoover of Emory and sisters, Romah McElroy and husband, Randall, Odena Hooker and husband, Benny and Irma Monkres.

To all the children that have ever crossed his path, he became “Pappy” to them.

He was preceded in death by his mother, Sybil Bell; one brother and wife of forty-seven years, Doris.