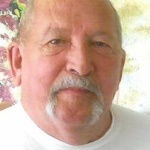 Jerry was born on March 24, 1940 in Dallas, to Donald and Helen Arnold Rosengartner. He graduated from South Souix City High School in 1958. He married Earlene Andersen in 1958, and they had 5 children: Debra, Rodney, Dawn Robin, Duane, and J. R. He later married Brenda Mayes Lawrence, in Garland, on August 29, 1981, and became loving father to her 3 children Keith, Dana, and Donnie Lawrence.

Jerry worked with his father in South Souix City, Nebraska, then was later employed as a foreman of Ford Motor Company from 1964-1973. He also drove for Grey Hound Bus Lines, however is passion was driving a truck. He drove for numerous trucking companies until last year.

Preceded by his parents, and infant son: J. R. Rosengartner.