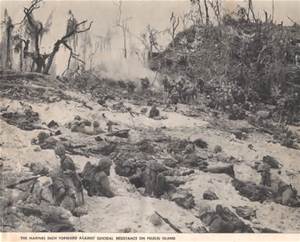 Ed Hammond and his neighbor Harry King visited Enola Gay in the studio to talk about the upcoming 70th anniversary of the WWII “Battle of Peleliu” fought in the Pacific. Hammond, a US Marine veteran, stormed the beach in the first wave of the assault on September 15, 1944. The battle codenamed Operation Stalemate, was fought between the United States and the Empire of Japan in the Pacific Theatre from September through November 1944, on what is now modern-day Palau. U S Marines from the First Marine Division and later soldiers of the U S Army’s 81st Infantry Division fought to capture an airstrip on the small coral island. It was predicted the island would be secured within four days. However, due to Japan’s well-crafted fortifications and stiff resistance, the battle lasted over two months. It became controversial because of the high casualty rate (70%)which exceeded all other amphibious operations during the Pacific War. Hammond is pictured in the famous photo, near the center foreground, in the third foxhole from the camera, facing the ocean. Ed Hammond is a daily long-time listener to KSST at his home in Titus County. Ed is also a life-long musician, and has teamed up with music producer Harry King to complete a “bucket list” recording of songs rich in the sounds of the 1940’s era, including an original composition “The Battle of Peleliu”. 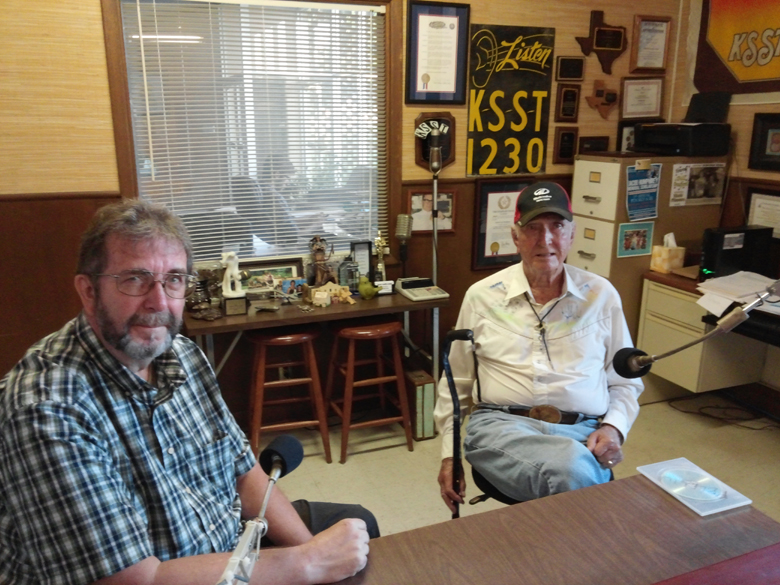