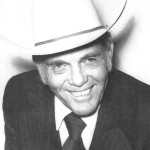 His early education was at County Line School. He graduated from Commerce High School and then East Texas State University. He received a master’s degree from Sam Houston State University and did further graduate work at the University of Houston. He taught and was in school administration in Diboll and Point.

He proudly served his country in the U.S. Army in World War II. He served alongside of his brother David, now deceased, in the Philippines.

In Dallas he worked for Mutual of Wausau Insurance Company where he was Salesman of the Year more than once. He worked many years in the cattle business here in Emory.

He was a member of the Rains County Chamber of Commerce. He had special interests in the Rains County Farmers Market and Eagle Fest. He was a mentor to many while he supervised the Community Service Program in Rains County.
Survivors include:
Wife: Cornelia Jane Garrett of Emory