Some music history was made downtown on Saturday August 23 during a concert by the band 69 South. Fans got a bonus when veteran musician Bill Owens joined his friends in the band and cranked out some old time rock n roll on the keyboard. Bill Owens, widely known as Billy Fred in his earlier years, has for the past two decades been in Christian music as praise team leader at Trinity Harvest Church of God. He is also Finance Manager at Sulphur Springs Dodge. 69 South is a country and southern rock band from Hopkins County, organized and led by Danny Reichle on vocals and lead guitar. Earl Gaddy plays bass and provides harmony vocals, drummer is Gary Wayne Martin Jr., and Josh Long (not pictured) plays fiddle, keyboard and guitar. The local groups’ CD of original songs is due out later this year. 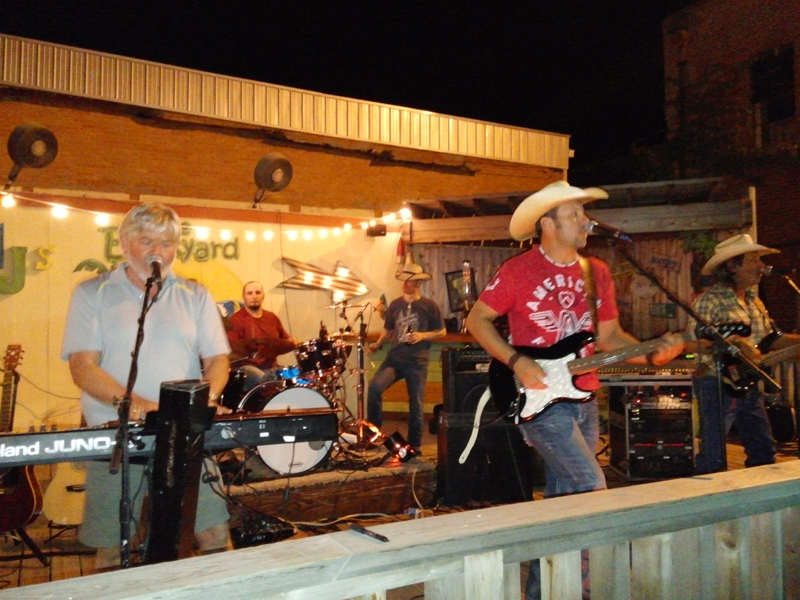