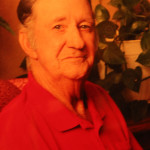 Mr. Littlefield passed away on Thursday, August 7, 2014 at The Sterling House in Denton. He was born on January 22, 1932 in Franklin County, TX the son of A.C. and Frauline Horne Littlefield. He was married to Jo Sims for over twenty-seven years. She survives. He was a retired contractor and was of the Baptist faith.

He was preceded in death by his parents, daughter, Janae Littlefield, brother, Bunny Littlefield and son-in-law, Norman Basham.

Memorial can be made to the MS Society in honor of his daughter, Janae. Arrangements are under the direction of Murray-Orwosky Funeral Home. The online register can be signed at: www.murrayorwosky.com