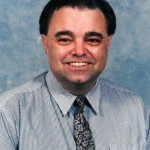 Larry Gene Yearwood, 61, of Greenville, passed away Saturday, July 19, 2014 at his home. Funeral service is scheduled for 2:00 PM, Wednesday, July 23, 2014, at the Wilson-Orwosky Funeral Home Chapel in Emory. Bro. Kenneth Ballard will officiate. Interment will follow in the Forbis Cemetery in Emory. Visitation will be one hour prior to the service, from 1-2 PM, at the funeral home chapel.

Larry was born in Pampa, Texas on December 15, 1952 to Velma Jean Yearwood. He worked at L3 in Greenville for many years.