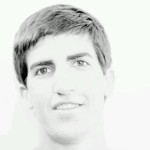 Jordan Owens, a 2009 graduate of Sulphur Springs High School, received a Bachelor’s of Science degree in Radio and Television from Texas A&M  University-Commerce in May 2014. Radio has always been an area of interest for Jordan. At an early age, Jordan would sit in front of his family’s T.V. and imitate the play-by-play commentators for Texas Rangers baseball games using an old headset and mixer board. After discovering how to record with cassette tapes, he  produced his own radio shows for his family and friends to enjoy. This hobby would later turn into a career choice for Jordan. He is now the assistant program and music director for KSST 1230 as well as social media/website assistant, production assistant and board operator.

Jordan also has a lifelong desire to play music. He is the drummer and backing vocalist for the rising country music band Tyler and the Tribe. When he is not working at KSST, Jordan finds himself on the road playing at various music venues across the state and southern region of the country with Tyler and the Tribe. The band released their second studio album titled “Born” in October 2013. You can find out more about the band at tylerandthetribe.com