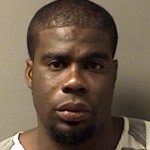 A Sulphur Springs man has been arrested in connection with Sunday night’s armed holdup of E-Z Mart at Shannon Road and Helm Lane in Sulphur Springs. 24-year old Tobias Mirun Whetstone has been charged with aggravated robbery before JP Ronny Glossup who set bond at $100,000. Sulphur Springs’ police officers arrested the man at his residence in the 400 block of east Ross Street Tuesday evening just before 8 p.m. At first the man refused to come out of the house. After officers set up a perimeter around the house, the suspect came out and laid down on the ground. Meanwhile a search for a second suspect in the armed robbery is continuing.