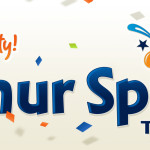 Peter Karstens, city of Sulphur Springs Director of Finance, has a feast of ideas planned for City Council members at a proposed meeting on July 22 at 6 p.m. He promises the council members will have a lot on their plates, as the menu will include high dollar long-range discussions of streets, the wastewater treatment plant, water treatment plant, Lake Sulphur Springs and the city’s excess water. Karstens says he’ll discuss ways to upgrade work on streets from about $1-million per year to perhaps $1.8-million or hopefully $2.7-million per year, a figure Karstens calls a great thing to do. Karstens notes the water treatment plant and wastewater treatment plant were built in the 70’s. He says over the next 10-15 years they will need major upgrades. Karstens says the wastewater treatment plant can no longer pass muster and regulatory agencies are watching. Karstens is intrigued by the potential of Lake Sulphur Springs. He calls it an undefined resource right now. Karstens sees paying for all of this through a combination of pay as you go and short-term bonds. He sees the city’s enviable situation of having excess water as a possible revenue stream. Karstens envisions selling $1-2-million of it per year to thirsty Metroplex interests. The council should have a lot to chew on.