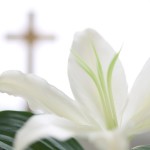 Barbara Gail Young died on Friday, June 27, 2014 at Sulphur Springs Health and Rehab.  She was born in Sanborn, MI on June 12, 1938 the daughter of Orville and Alma McCellen McDaniel.  She married Joe E. Young, Jr. in Clinton, Iowa.  He preceded her in death in March, 2014.  She was an Antique Craft Mall owner and of the Baptist faith.

She was preceded in death by her parents, husband and brother, Orion McDaniel.