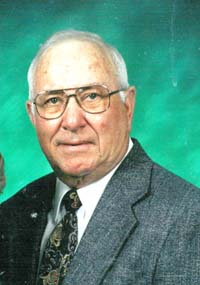 Bill Randle died Wednesday, June 11, 2014 at his residence. He was born January 20, 1934, in Dallas to Alfred Ernest Randle and Adina Gebert. He married Linnie Frazier who preceded him in death in 2012. Bill was a retired cabinet maker and wood worker. He was a member of the First Baptist Church and served as a Deacon since 1955.