Madison Rater is the 2014 Dairy Festival Queen. Madi, the daughter of James and Shelley Rater, captured the crown at the Pageant Saturday night in the Civic Center Auditorium. Madison also won the $500 scholarship for best talent as she did a singing skit to Show Off from Drowsy Chaperone. Sarah Rost was first runner up and was named Miss Congeniality. Grace Pritchard was second runner up. 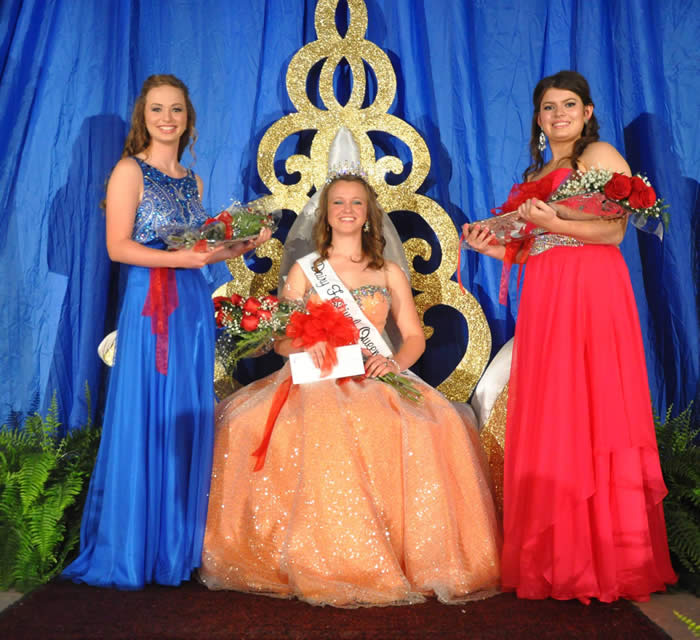