After a structural engineer looked at the old Knight’s Head Inn building in the 200 block of Main Street Wednesday morning, a plan was formulated by a builder on how to proceed with renovation work. That work Tuesday afternoon had the façade looking like it would collapse at any time. Cracks and bulges appeared in the façade after some windows and framing were removed causing two large iron columns to come off their bases and drop down several inches. The new plan called for bracing inside the building using temporary walls to support the roof and then for demolition of the façade from top to bottom. Except for the façade, the engineer said the rest of the building was fine. 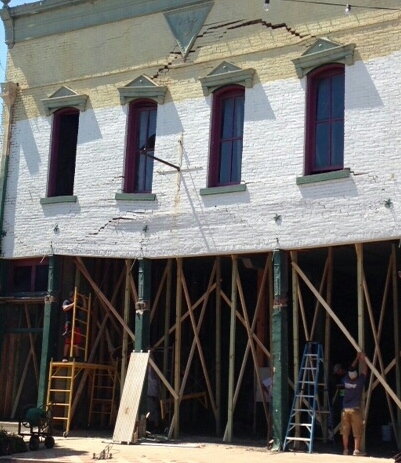