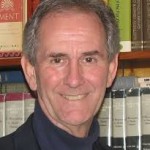 My experience with KSST began in 1992 doing Sulphur Springs High School soccer play-by-play. In May, 1996, I joined the KSST staff as News/Sports Director. (I have served as sports editor and as managing editor in print media prior to my days in broadcast journalism.) Although I stepped away from full time work at KSST in 2003, my relationship here did not end. I continued as color analyst for SSHS football and assisted when a news reporter/anchor fill-in was needed. In July, 2013, I was asked to return to assist in programming and traffic. I became GM at the request of the Bradford family in March, 2014. Their concern for the future of KSST and the continuity of KSST’s relationship with the community became the priority for this task.

Most of my adult life has been spent in Christian ministry as a Baptist pastor. Currently, I serve a congregation located in a near-by community as they rebuild their fellowship and ministry. I also serve as a consultant and coach for fellow pastors and churches. My purpose in that ministry task is “Assisting local churches in defining their current reality, assessing strengths and weaknesses, mending broken relationships and achieving mission.” The core of that purpose finds place in the work as GM at KSST. We are currently moving through several transitions but in doing so, the future will contain the bedrock traditions that have made KSST a community builder. That future will also include the steps needed to provide this community with the very best in news, weather, and sports.

KSST-“Radio as it was meant to be and as it is becoming.”