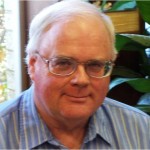 Don Julian has served as KSST’s News and Sports Director since March, 2006. Julian came to Sulphur Springs after stints at KRZI Radio, where he was News Director and Morning Show Co-Host and at Baylor NPR radio station, KWBU. Prior to that Julian was News Director at KTEM radio in Temple. The radio jobs followed a 15-year career in Public Television, first as News and Public Affairs Director and later as Program Manager at KVIE-TV in Sacramento, California. His early broadcasting career, after graduating from Baylor University, took place in Central Texas as Assistant Sports Director and News Reporter and later Waco Bureau Chief at KCEN-TV in Temple/Waco, then as a reporter for KTEM radio in Temple and as Assistant News Director and Bell County Bureau Chief at KWTX-TV in Waco.