Wildcats Basketball Coach Clark Cipoletta says in his three years as Wildcats head coach, his team has never been able to defeat Pine Tree by much of a margin. The Wildcats, ranked #11 in Class 5A, open district play in their last game before the Christmas break as they play host to Pine Tree in Wildcats Gym Tuesday night. There will be a freshman game at 5 p.m. a JV game at 6:15 p.m. and the varsity game at 7:30 p.m.

As good as the Wildcats were last year, they could only win a pair of squeakers against the Pirates. In Pine Tree last December, the Wildcats had to rally in the fourth quarter to pull out a 69-65 win. It’s one I called the Dane Rutherford game. Last year’s senior Rutherford took a key charge late in the game and then hit a put back shot to fuel the win. Then in late January in Wildcats Gym, Pine Tree forced overtime before the Wildcats prevailed 66-56. Coach Cipoletta calls Pine Tree scrappy and well coached with a new head coach this season. He says the Pirates are tall and athletic with some good guards. Coach Cipoletta remembers Pirate J.J. Sparkman, a 6-foot-5 player, named the district’s newcomer of the year last year as a freshman. He says the Pirates play hard and seem to find a way to stay close near the end of the game. Coach Cipoletta says a key for the Wildcats in any district game is to come in focused.

The Wildcats come into the game with a 15-1 season record and they have won eight straight games. We will bring you all the action of Wildcats’ basketball tonight on KSST Radio starting at around 7:30 p.m. We will also videotape the game for replay at a later date on Channel 18 on Suddenlink Cable. 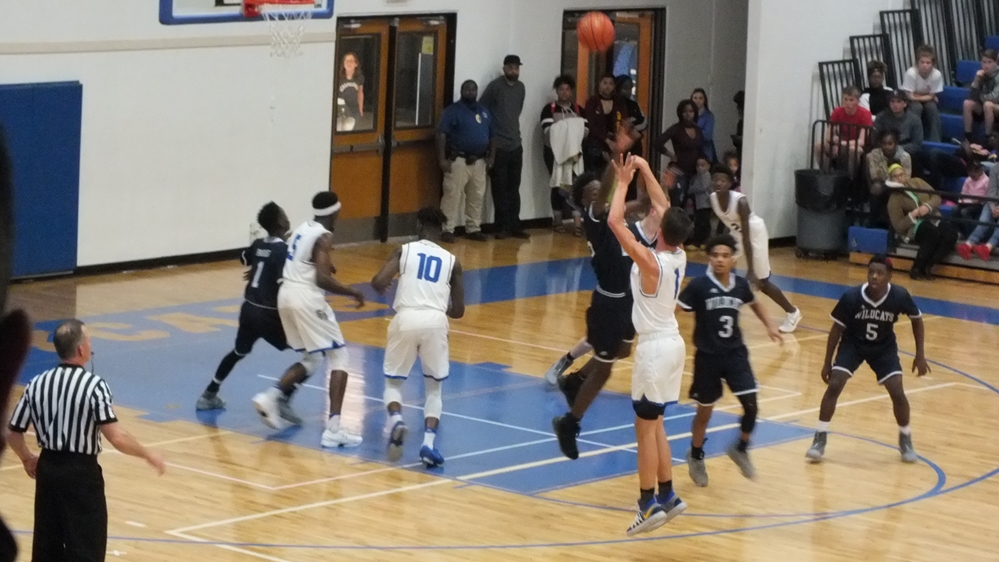