For the thirteenth straight season, Wildcats Football Coach Greg Owens will be coaching his alma mater at a season opener. It’s a game day Friday (August 31).

This year Coach Owens is going to a stadium has has not been to before, Frisco Memorial Stadium. The Wildcats open the regular season with a non-district game against Frisco Wakeland, a team the Wildcats have never played before in football. Kickoff is at 7:30 p.m. Friday.

Last year the Wildcats finished 5-6 with their season ending with a bi-district loss to Lovejoy, 45-29 at Prim Stadium. The Wolverines were 7-4 last year and they too lost in bi-district, to Prosper, 38-14. The Wolverines are coached by Marty Secord. He’s the only head football coach Wakeland has ever had and he’s been there for 12 years. Coach Secord sees his team as a work in progress and he feels the Wildcats are too. The Wildcats have a very large senior class with 33 on the roster and a they have a fairly large team with 53 players. Optimism abounds as teams approach a season opener. After all, both teams are 0-0.

KSST Radio will bring you all the excitement of Wildcats Football, just as we have since 1947. We will also videotape the game for replay at a later date on Channel 18 TV on Suddenlink Cable.

This is the week the Lady Cats’ volleyball team starts their routine of games just on Tuesdays and Fridays. They have already played 25 games since practice began back on August 1. The Lady Cats are ranked #13 in the Texas Girls Coaches Association poll. They are 20-5.

On this Friday (August 31) game day, the Lady Cats travel to Texarkana to play Liberty-Eylau. The Lady Cats defeated the Lady Leopards last year at home to improve their record to 16-9. The Lady Cats will probably be ready to get back on the court for a game to make up for a rare off night last Tuesday (August 28) at home as they lost to a good Paris team, 3-1.

The Lady Cats play before the home crowd again next Tuesday (September 4) night as Wills Point comes to town. 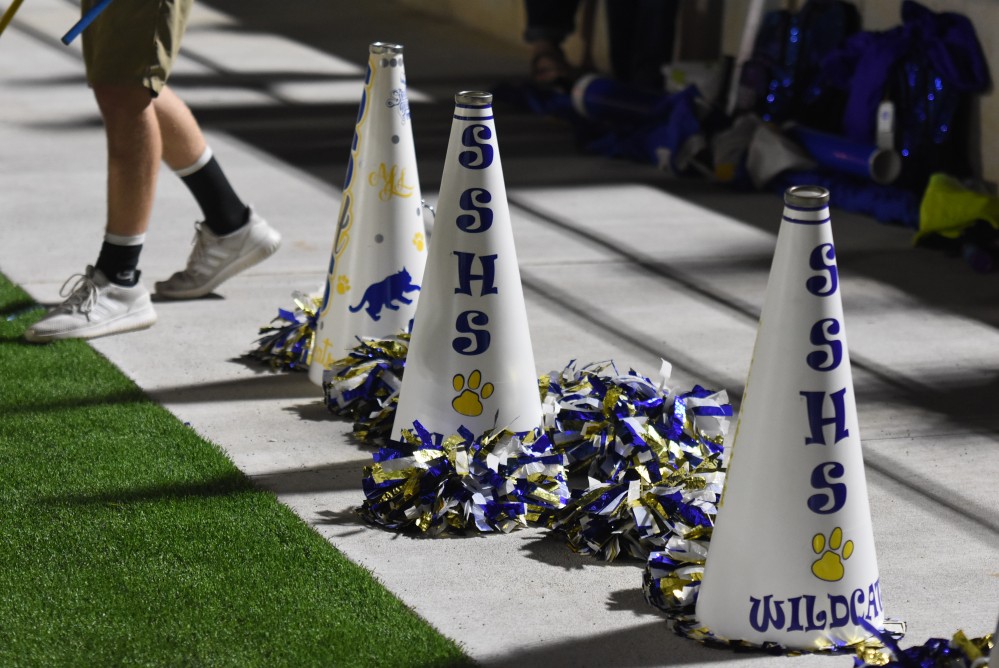