It was a Fire Marshall’s nightmare. Wednesday, July 4th, Pioneer Café in Sulphur Springs was packed wall-to-wall with shoulder-to-shoulder supporters of Senator Ted Cruz and State Senator Bob Hall. The Republican U. S. Senator and State Senate District 2 incumbents were on a whirlwind tour of Northeast Texas when they made the hour long stop in the city. Across Main Street a gathering of approximately 10-15 supporters of their Democratic opponent expressed their support for their candidates.

U. S. Senator Ted Cruz played one-on-one  basketball with Jimmy Kimmel after Kimmel said Cruz is the reason the Houston Rockets lost in the NBA play-offs. Cruz challenged Kimmel to the game and 6,000 people gathered to watch the game that ended Cruz 11, Kimmel 9. Over $80,000 divided between two Houston charities also resulted from the game. With that introduction, Senator Cruz launched into the successes of the past session of the Senate. He began by noting the income tax cuts made. In response to the cuts and to the cheers of those present, he called for a simple flat tax and abolishing the IRS. Regulatory reform was his second emphasis. He said there are now more jobs open than people actively seeking jobs.He pointed out that unemployment numbers for African-American and Latinos is currently at its lowest since those numbers have been tracked. The biggest unfinished task for congress is, according to Cruz, Obamacare. 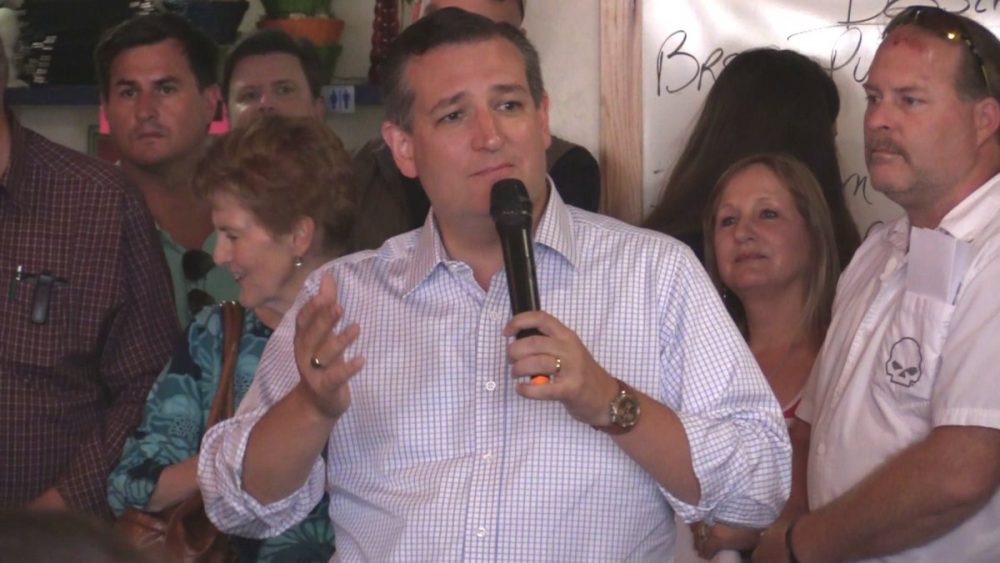