Approximately eighteen cadet students of the Hopkins County Police Academy observed a monthly meeting of the Hopkins County Sheriff’s Posse on Tuesday July 10, 2018. The cadets are registered in a nearly year-long training for law enforcement certification. Some members of the school are already EMS or Fire certified, or are members of the Posse. Texas Ranger John Vance and Sheriff’s Patrol Captain Tanner Crump arranged for their attendance at the meeting, which included a special badge presentation to two elected officials who were also specially invited.

Hopkins County Judge Robert Newsom and Hopkins County Sheriff Lewis Tatum both began their law enforcement careers as members of the Sheriff’s Posse.  Posse members are receiving updated badges more closely resembling those of the Sheriff’s Department, and the first two were presented to Newsom and Tatum by Posse Captain Frank Tieman. Newsom remarked that  he enjoyed his years in the organization, and that he would still be a member but cannot due to the office he presently holds. Tatum stated that the Posse is a backbone of the Sheriff’s Department. He knows that when the posse is called out, no one has to worry about what they will do, they know what to do. Many posse members are retired members of law enforcement. The Posse was most recently called out on a Tuesday July 10 manhunt for a dementia patient who had eluded local authorities. 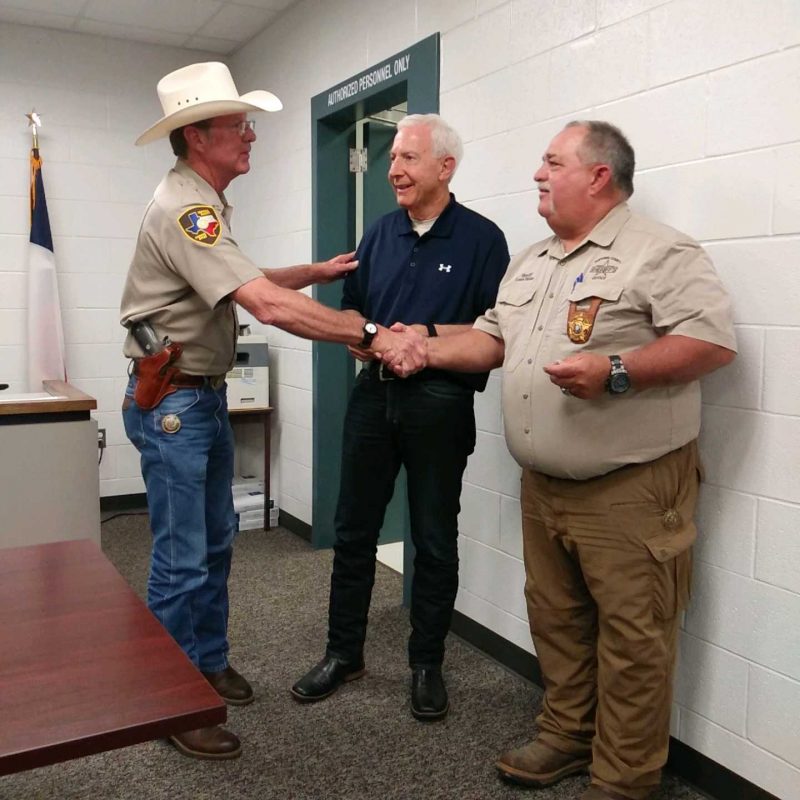