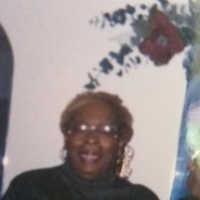 She was born on August 9, 1942, in Louisiana, the daughter of George and Lois Gibbs Jenkins.

She retired as an employee of ETSU (now Texas A&M Commerce) after 30 years of service. Mary was an avid Cowboys fan, and a member of Mt. Moriah Temple Baptist Church in Commerce.

Those who greeted her upon her passing include her parents, two sons: Cecil Savage and Robert T. Savage, and four sisters: Quincy Pannell, Francis Pitts, Mavis Hayes, and Leslie Hayes.

Memorial service will be held Saturday, July 21, 2018 at 10:00 A.M. at Jones-Walker & Son Chapel with Reverend Larry Dixon and Shaun Pannell serving as officiants.