Monday morning, July 9, 2018, during the regular session of the Hopkins County Commissioners Court, the court passed a resolution requesting action regarding the South Sulphur River flooding at the Highway 71 bridge and urged all citizens to congratulate Jorja Bessonett for her success in obtaining gold medal victory at the 2018 state track meet.

P R O C L A M A T I O N
WHEREAS, On Friday, May 11, 2018, Athlete Jorja Lee Bessonett of Miller
Grove Independent School District participated in the UIL
State Track Meet held at Mike Myers Stadium of Austin,
Texas; and
WHEREAS, Runnimg as a freshman, Jorja started strong and finished well
ahead of all other runners in her race; and
WHEREAS, Jorja Bessonett turned in a time of 11:59.39 to take first place in
the 3,200-meter run to win the Class 1A State Championship for
the Miller Grove Hornets; and
Jorja Bessonett
GOLD MEDAL WINNER
STATE CHAMPION
NOW, THEREFORE, I, Robert Newsom, Hopkins County Judge, do hereby
urge all citizens of Hopkins County to congratulate Jorja Bessonett for her
remarkable success in obtaining a gold medal victory while participating in the
UIL State Track Meet of 2018. 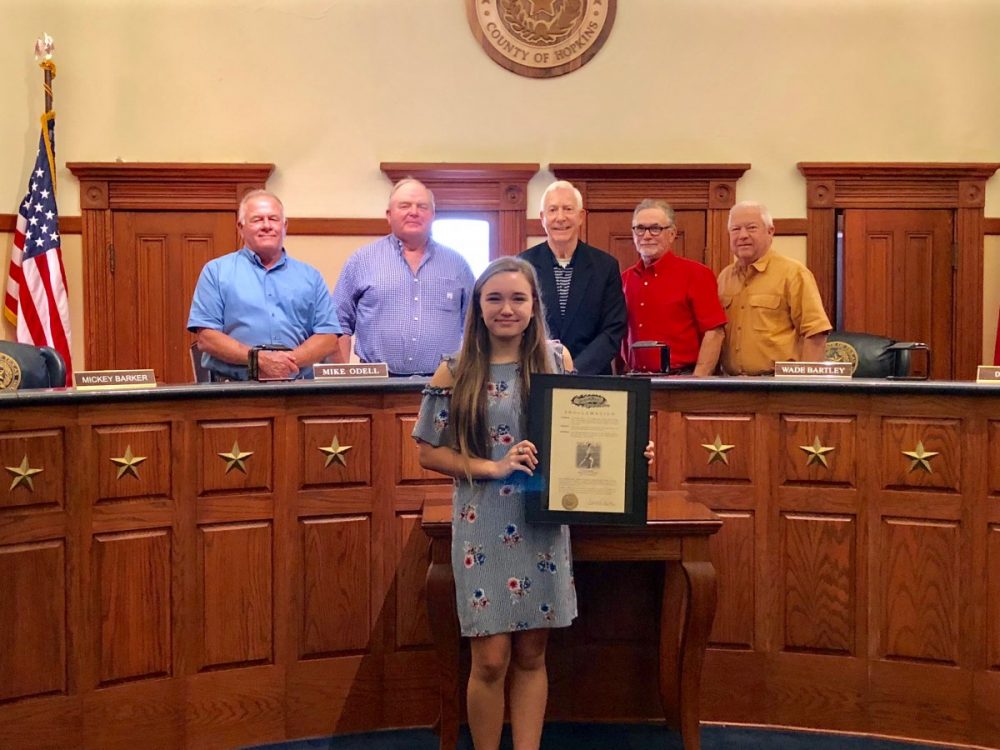