Pastor Deborah Sharper invites everyone to regular weekly services at New Beginnings Healing and Deliverance Ministry, a multi-racial and multi-cultural church located at 201 E. Houston Street. Prophet K.B. Harris and his wife Prophetess Vanessa Harris have been conducting a training workshop this week, with services concluding at 7 pm Friday June 29. The church will hold a fundraising concession stand with links and sides at 201 E. Houston Street on the night of the Independence Concert, Saturday June 30, to raise money for the church building fund. 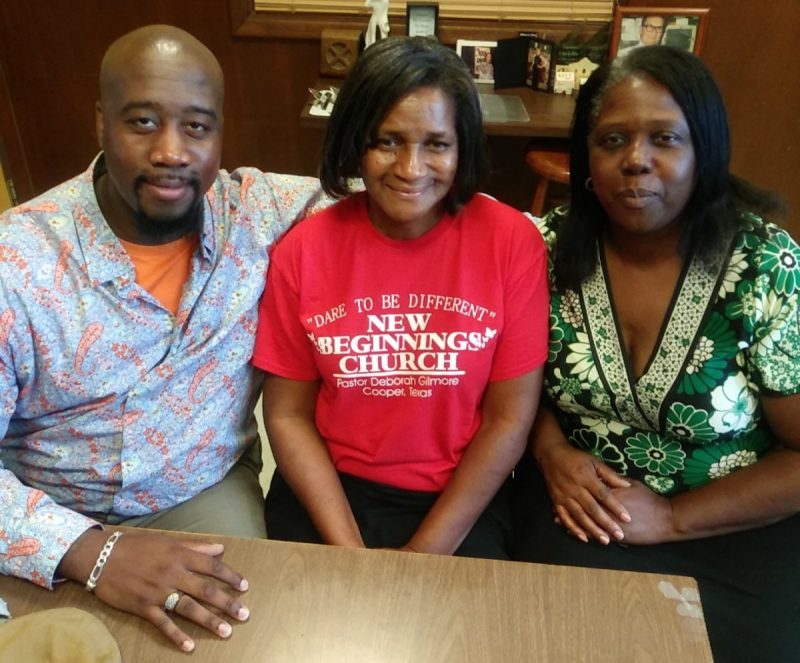 Pastor Sharper, Sister Vender Wright and Prophet H.B. Harris gave an interview during the KSST Good Morning Show with Enola Gay, where listeners learned that the church began in Cooper nine years ago, then moved to the Sulphur Springs location (formerly Boys and Girls Club facility) in October 2017. Harris related his path to salvation in the Chicago area where he was involved in the drug culture. He received a calling and broke free from the lifestyle, quickly becoming activated to preach and help others imprisoned by drugs. He conducts tent revivals and evangelizing conferences across the eastern half of the US, and has also developed a “Second Chance” school for troubled dropouts whee they can earn a high school diploma and a second chance for a productive life.

Pastor Deborah Sharper raised 8 children in Sulphur Springs and always had a strong faith, but received a calling and became an ordained minister and chaplain. She established a congregation in Cooper, and owns property there where she hopes to return to build a permanent church home. Meantime, she is serving her congregation at the Sulphur Springs facility, conducting a DayHab for special needs adults, and operating a School of Chaplaincy where lay pastors can earn a chaplain’s certification and seek employment in that career.

Asked what role she plays in the church, Sister Vender Wright said “See these two hands? I use them for whatever the Lord’s work calls for!” She also invites the public to regular services at New Beginnings Healing and Deliverance Ministry at 201 E. Houston Street.