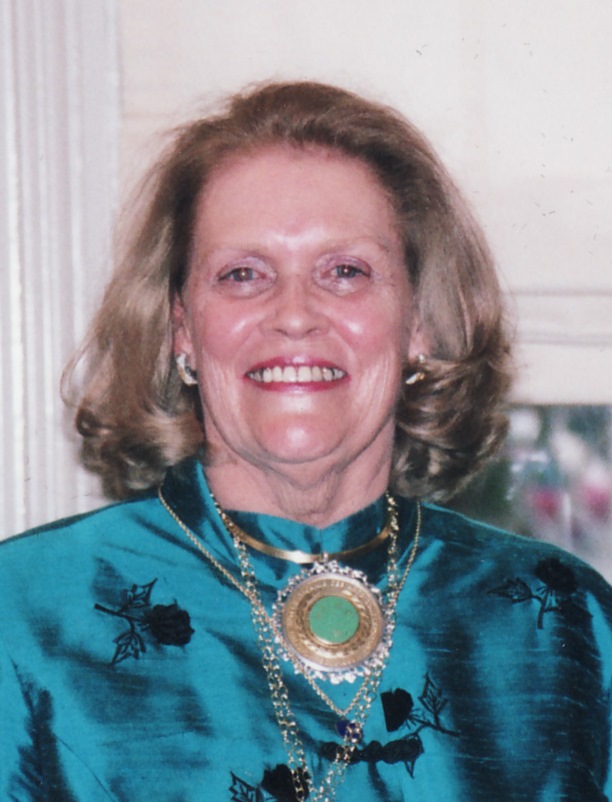 Jo Ann was born on May 31, 1935 in Sulphur Springs to Judge William Jeffress Fanning and Merle Jo Barrett Fanning.  At age 5, her grandmother, Callie Elizabeth Fanning, took her into the fields to paint bluebonnets and there began her great passion of  art and painting.  The family moved to Austin and during WW II lived in Chicago, Ill and Palo Alto, California.  Returning to Austin, her first exhibit with her fellow students was at the Austin Public Library in 1945.  Her first Girl Scout Badge was an artist palette.  She graduated from Sulphur Spring High School in in 1953. The family moved to Texarkana while she was attending college.  She attended Texas Women’s University, The University of Texas at Austin and graduated from Texas A& M – Commerce.  She lived in Dallas, Shreveport, Lubbock and Washington D.C before moving to Fort Worth.

Her work has been exhibited in the Belgium Grand Prix for seven years.  She was awarded an honorary doctorate in arts and an Ambassador from the International Academy for Arts in Belgium, along with other medals.   She has exhibited works in Parris, Francis in the Grand Palais in the Salon D’Automme, for two years, Society International Des Beaux Arts, for two years  and the US France Show .  She has exhibited works in the United Kingdom in the US Wales Show at the Cynon Valley Museum in Aberdare and in Cardiff at St. David’s Hall.

Her work has been exhibited and won Awards in Chicago, New York, San Francisco, Washing D.C. and other major cities as well as Canada, Lebanon and West Africa.  Her work has been published in “American Artist”, “International Artist”, Manhattan Arts”, Women Artist Datebook”, Women Artist International” and in books Creative Watercolor, Art and Healing, Visual Journeys, Art of the 21st Century, and Splash 8, a collection of America’s best contemporary watercolors and unique insights.  She was the recipient of four grants as an Artist in Residence with the Texas Commission of the Arts.

She was a charter member of the National Museum for Women in the Arts in Washington D.C. where a file on her work is kept in the Library.  She was honored as a Distinguished Alumni of Texas A&M University Commerce for her art career.