The Balloon glow is always a crowd favorite of the Dairy Festival. This year viewers enjoyed the “Spider-pig” and “Ladybug” as well as many other  beautiful hot air balloons. The hot air balloon pilots amused spectators as they lit up their balloons to keep time with the music which played in the background. It was an amazing show that could only be described as spectacular. Several pilots talked with onlookers and explained the ins and outs of flying.  The hot air balloons could be seen on flight in mid air through out Sulphur Springs early on Friday evening and also on Saturday morning. Pilots celebrated with the crowd by hosting the balloon glow after nightfall 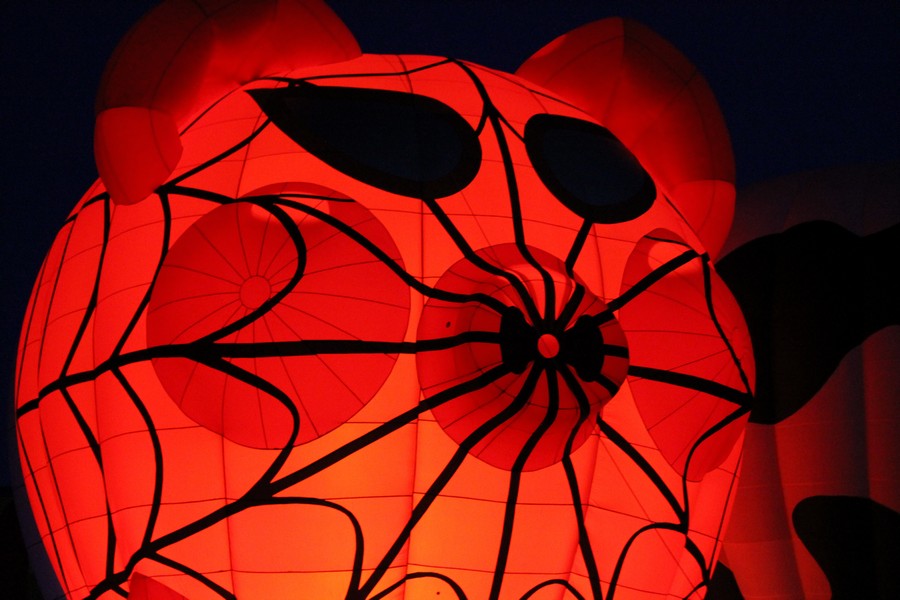 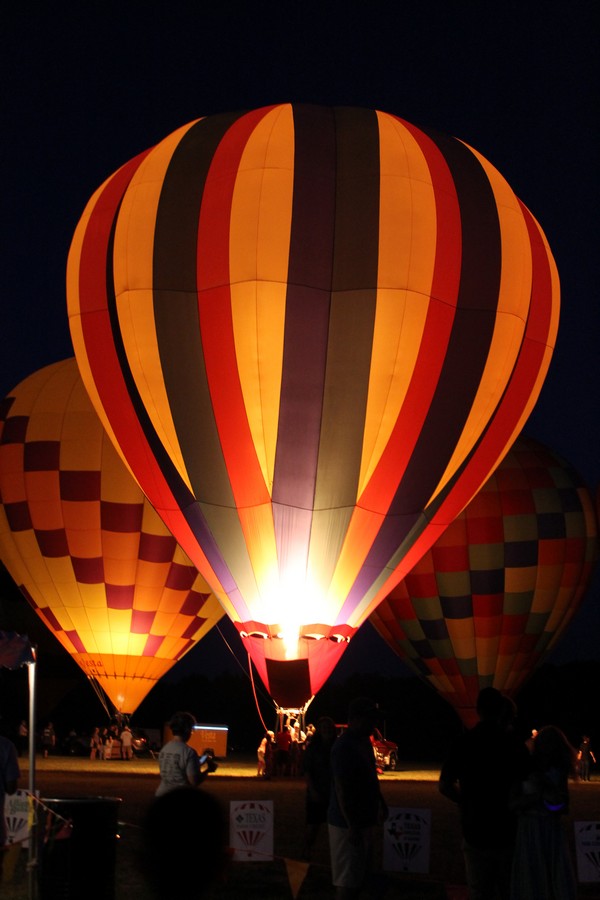 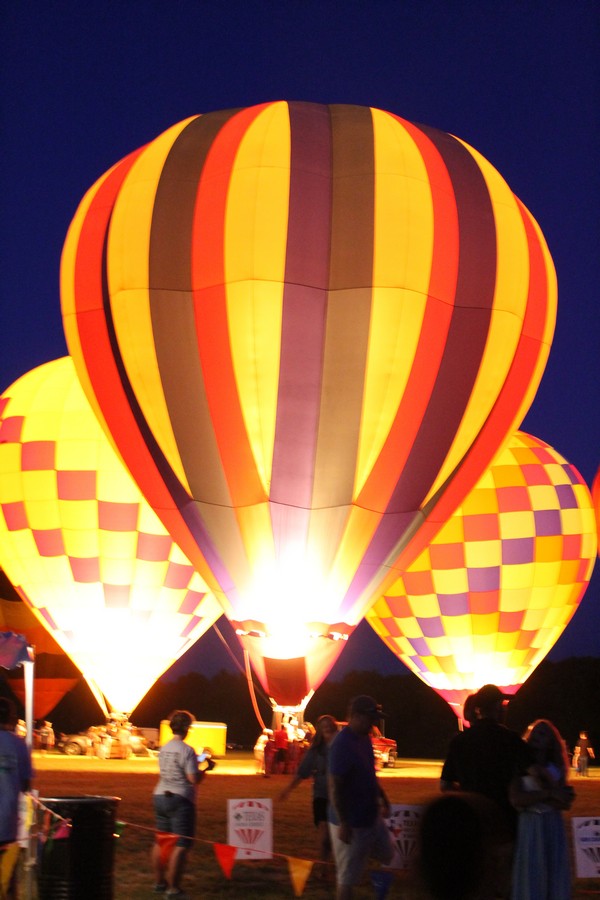 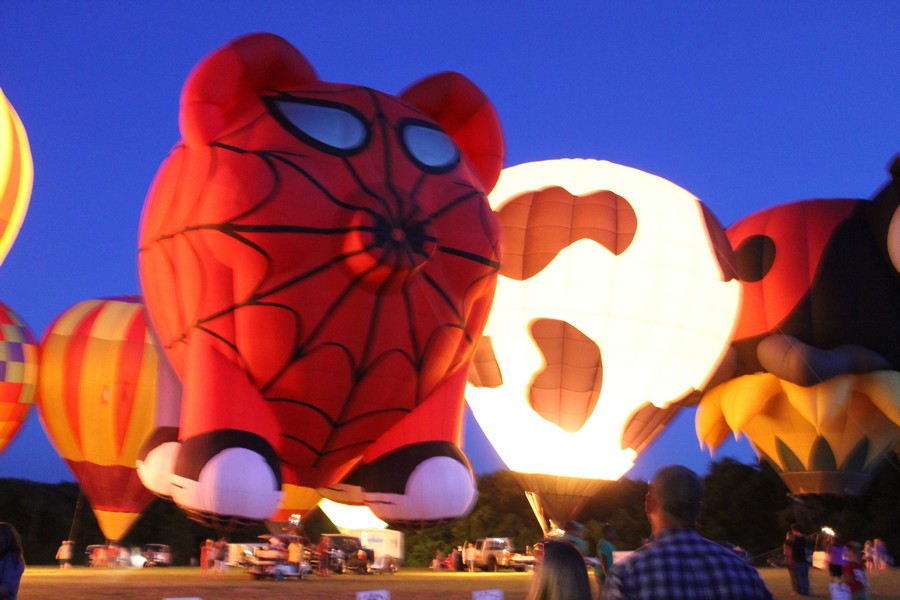 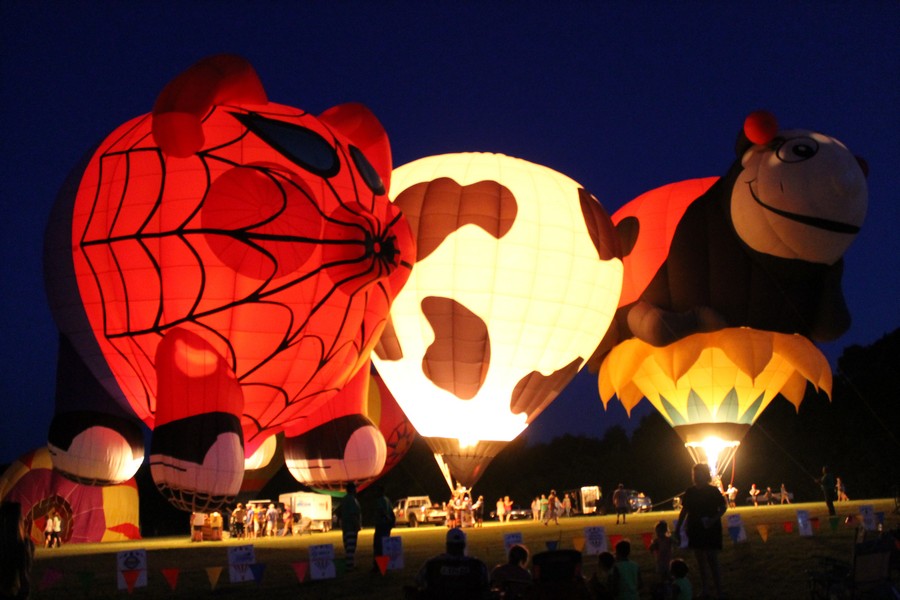 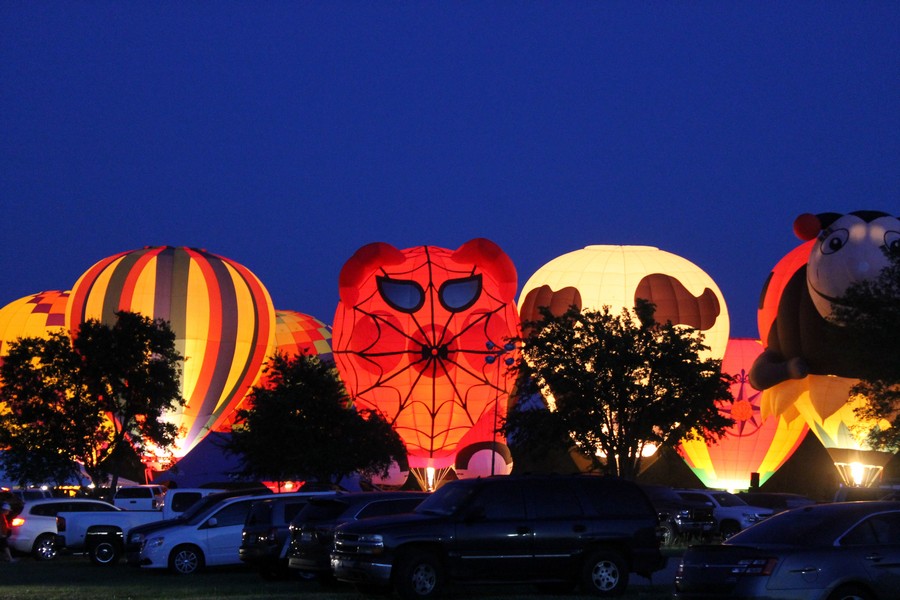 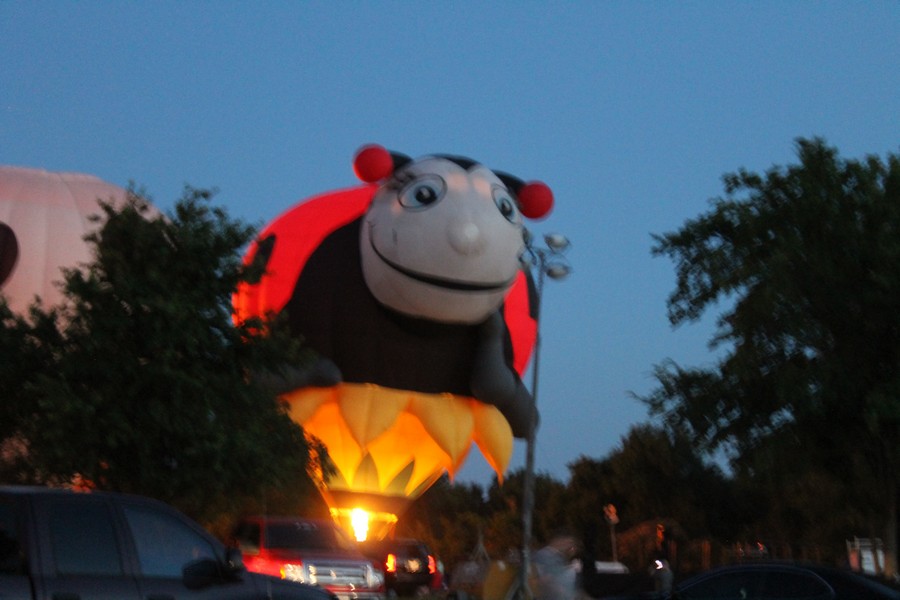 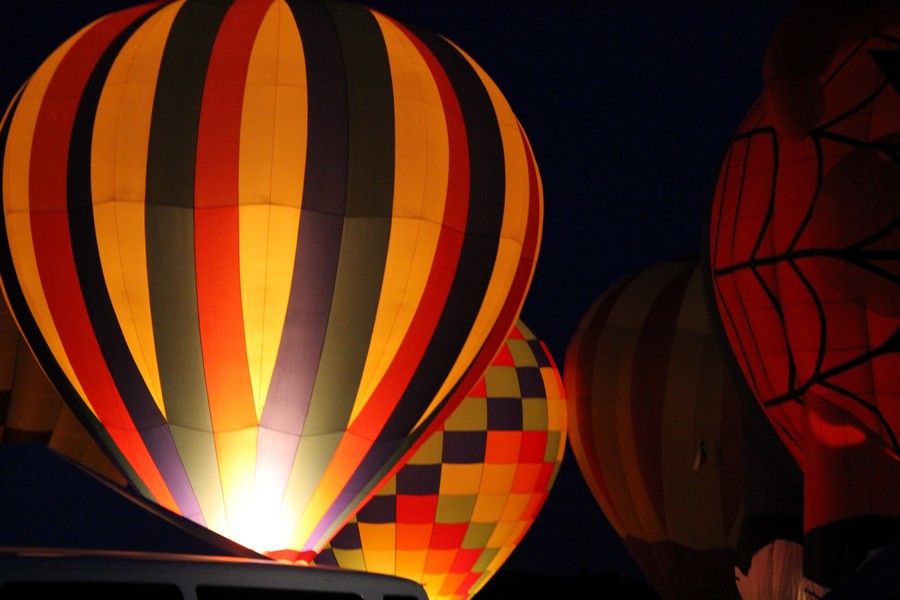 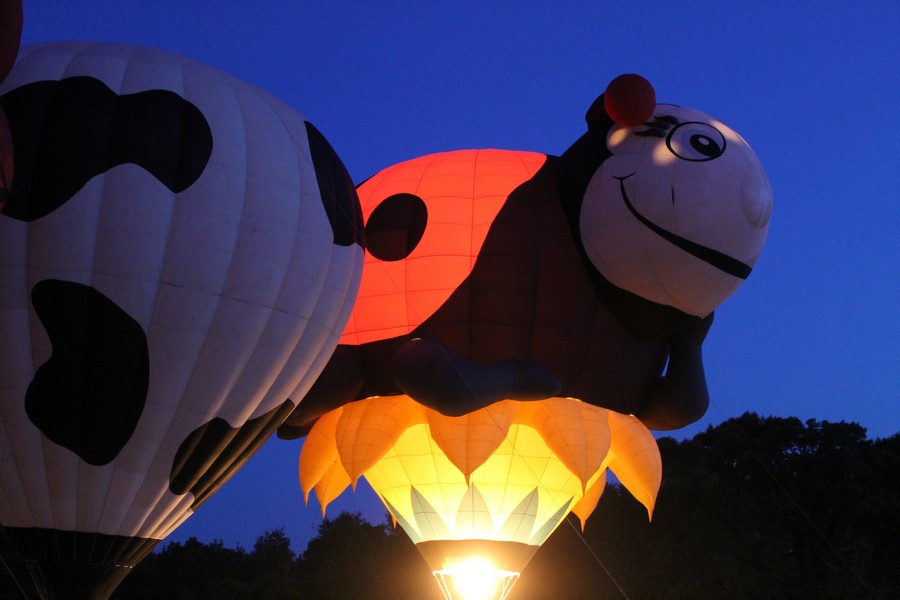 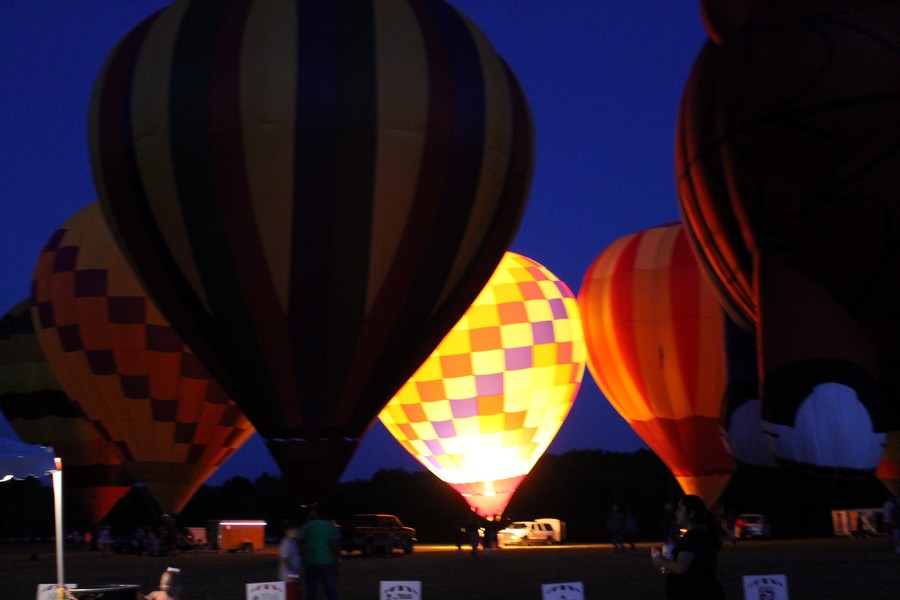 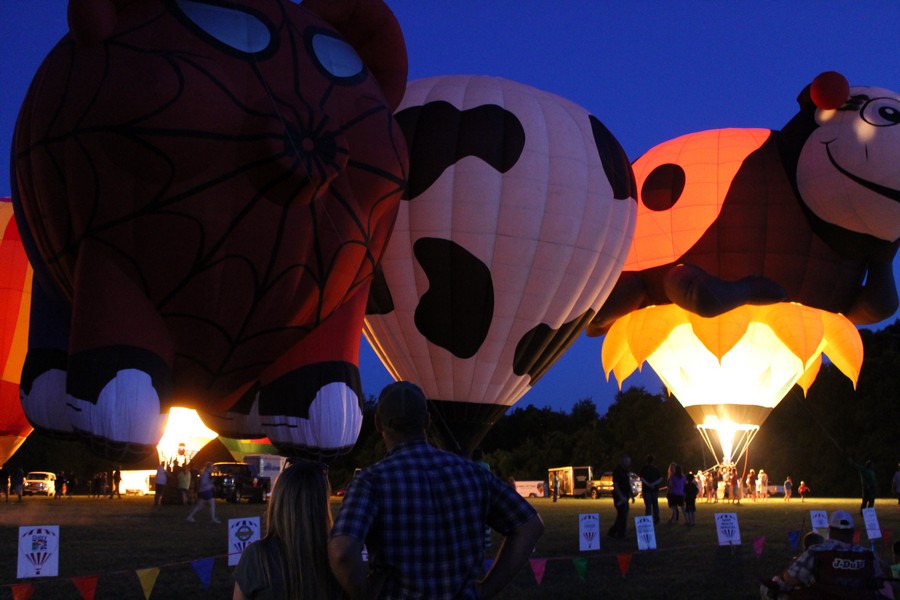 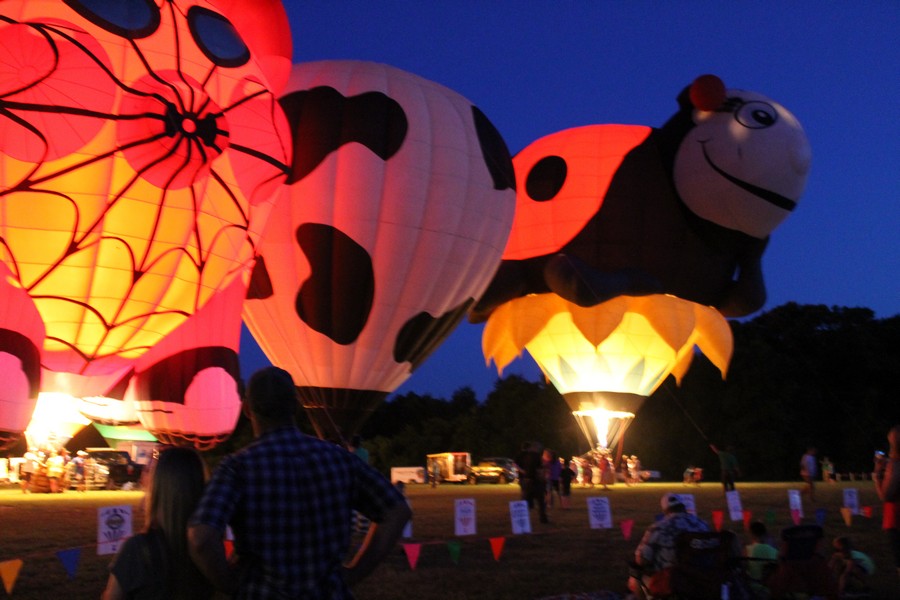 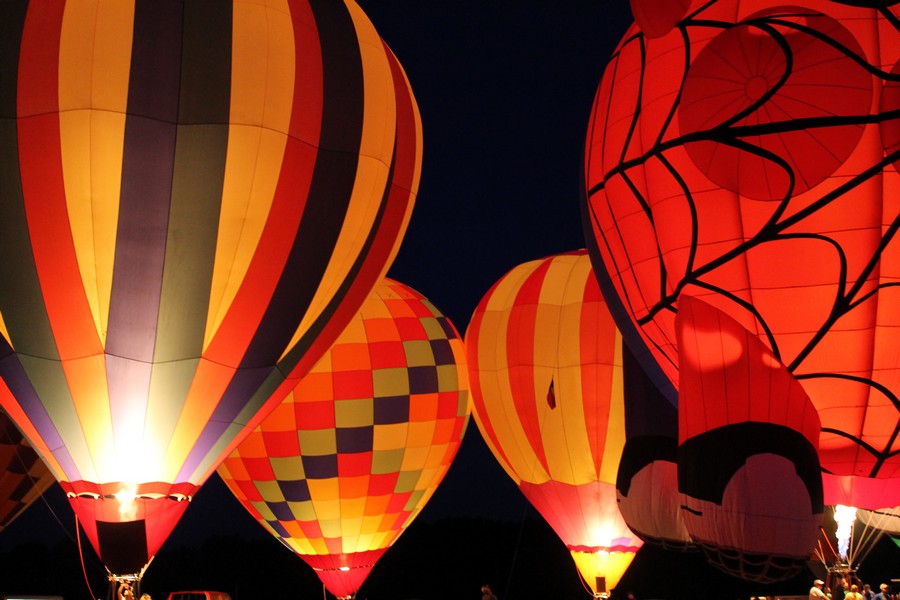 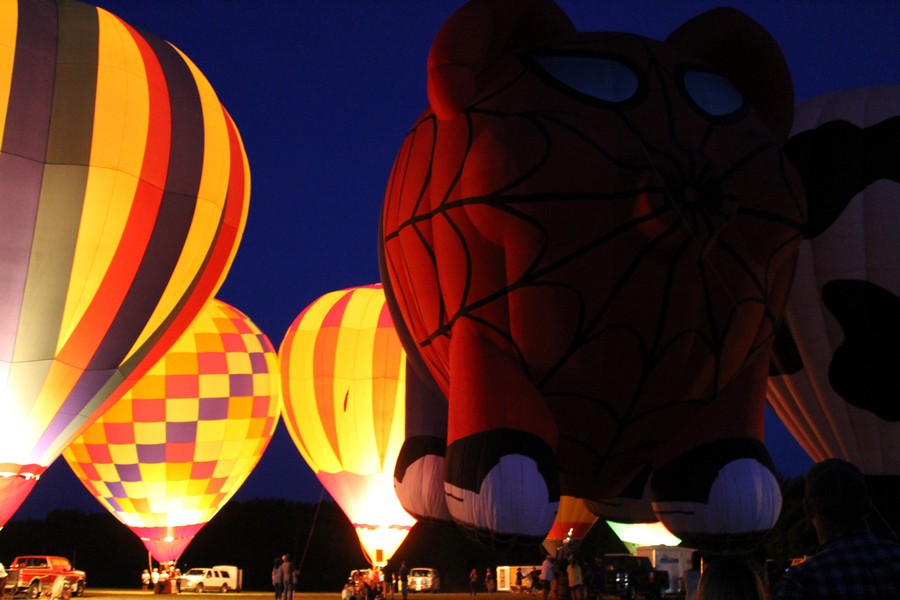 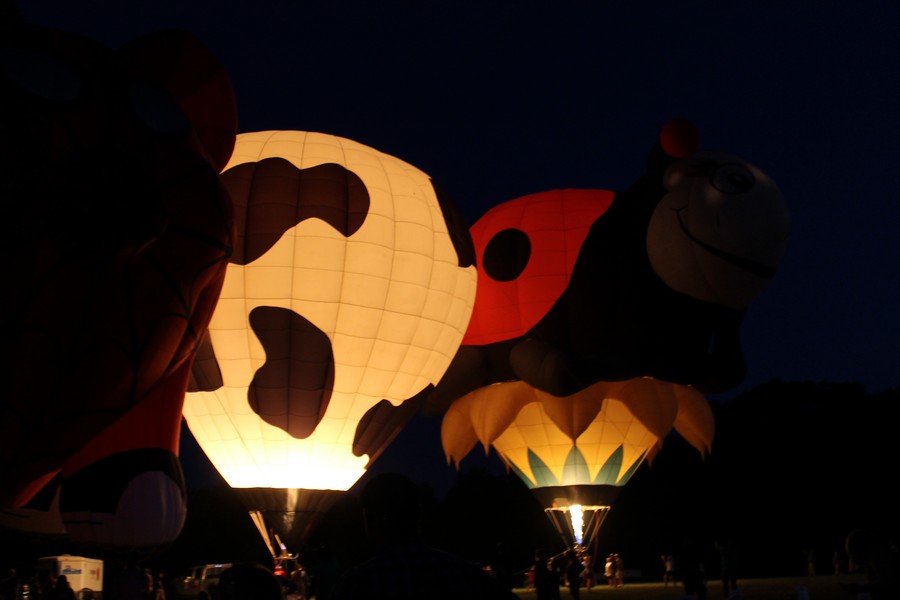 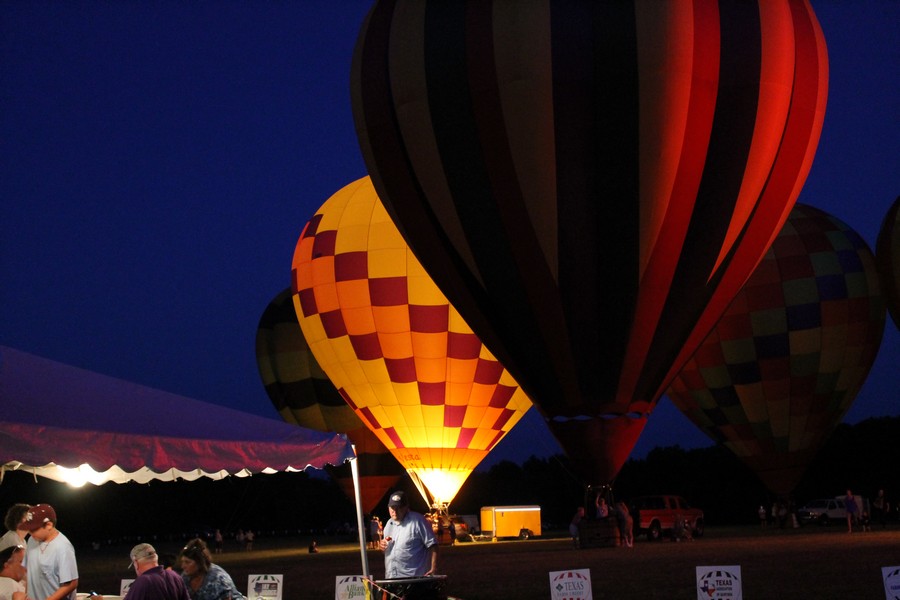 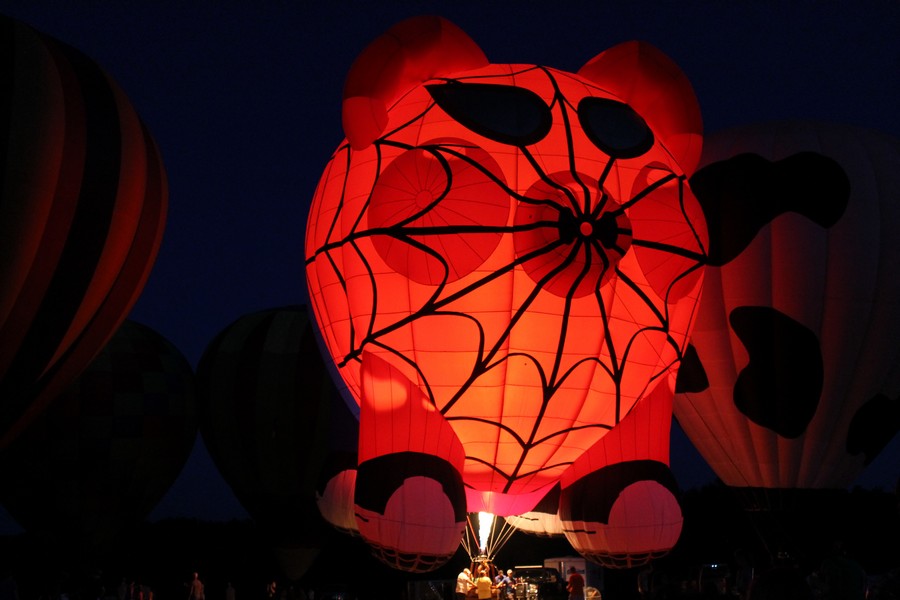 Melissa and Josh came out for the Ice cream Freeze Off and anxiously anticipated the Balloon Glow with their children  Isla and big sister Finley.  Josh’s nephew, Brayden passed the time with his uncle playing “tickle fight.” Josh said that he and his family love the Dairy Festival. “It’s great family fun!” The Hicks family was on hand to celebrate the day. Some of the family traveled all the way from Dallas to visit Grandma and attend the Dairy Festival. The kids favorite event of the day was the parade “because of all the candy we got to catch and eat!” The Hicks family took a time out after the Ice Cream Freeze Off to rest and share stories with each other while waiting for the Balloon glow to start. Richard and Kendall Woodard of Sulphur Springs brought the family out for the day to enjoy the Ice Cream Freeze Off  and secure a good viewing spot for the Balloon Glow.  While they waited the children reported their favorite snow cone flavors of the day.  Olivia & McKenzie preferred the Cherry and Addison loved the Tiger Blood.  Little Brother, Luke was sitting happy as he enjoyed sharing any flavor that that others had tried and  the little guy reportedly downed 4 or 5 cups of ice cream prior to that.  Richard told KSST that his family always looks forward to the Dairy Festival every year and the kids always get most excited  about “seeing the big balloons!”