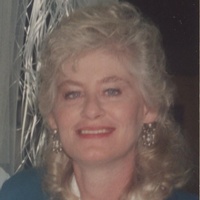 Donna Joslin of the Tira Community in Hopkins County passed away at her residence on May 3, 2018.

One of her favorite past times was fishing and she would fish as often as she could.

Mrs. Joslin was preceded in death by her parents, Joyce and James White, her husband Frank Joslin, and a brother Ronny White.

Graveside services will be held Sunday May 6, 2018 at 3:00p.m. at the Tira Cemetery on CR 4615 in the Tira community of Hopkins County. Visitation will occur one hour prior to the service. Tami Joslin will officiate.

Arrangements are under the care of Jones-Walker and Son Funeral Home and Crematory Service of Commerce, Texas.