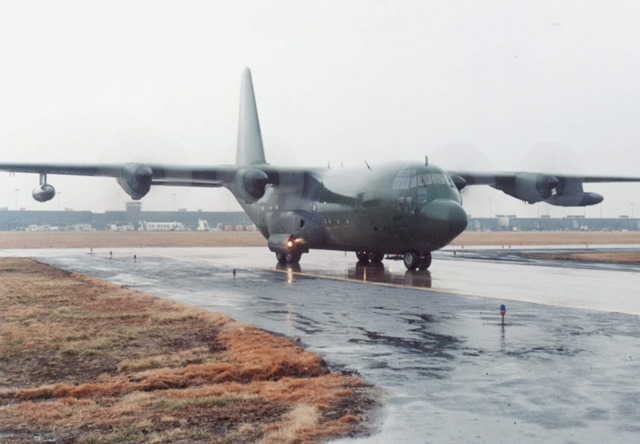 The development of the Lockheed C-130 Hercules arose out of the need for a replacement for the Fairchild C-119/R4Q “Flying Boxcar” cargo/troop transport. The Boxcar was manufactured from 1948 to 1953 and had proved inadequate for the needs of the Far East Air Forces Combat Cargo Command during the Korean War. It was under-powered and little better than earlier C-82s, C-46s and C-47s. Early in 1951, the USAF Tactical Air Command issued a specification to the aircraft manufacturing industry for a new medium cargo transport. The new aircraft was to be capable of slowing to 125 knots, dropping heavy loads by parachute, landing on short/unimproved combat air strips, suitable for assault transport operations, and able to carry single items weighing up to 30,000 lb. (or 90 paratroops) over a 2,000-mile range.

The design team took the M551 Sheridan Tank, the largest piece of equipment the Army needed to airlift, and “drew a circle around it and that set the diameter of the fuselage.” As for the fuselage’s 40-foot length, its inspiration came from somewhere else entirely. “The basic C-130, aft of the cockpit and before the ramp, is the length of a railroad boxcar. 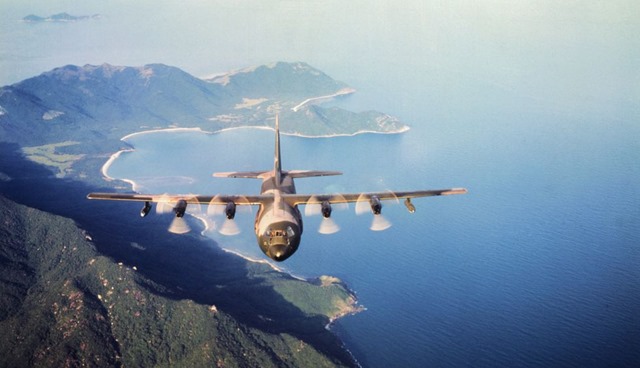 With a squat stance, bulbous nose, four big turboprop engines, and massive fuselage, the C-130 cruises at a relatively modest 290 to 320 knots. Lockheed dubbed it “Hercules” after the mythological hero known for his strength and courage.

In the 1960’s, during the Vietnam War, Ling-Temco Electronics/Ling-Temco Vought/LTV Electrosystems performed IRAN (Inspect and Repair As Necessary) on 171 C-130A & B aircraft.