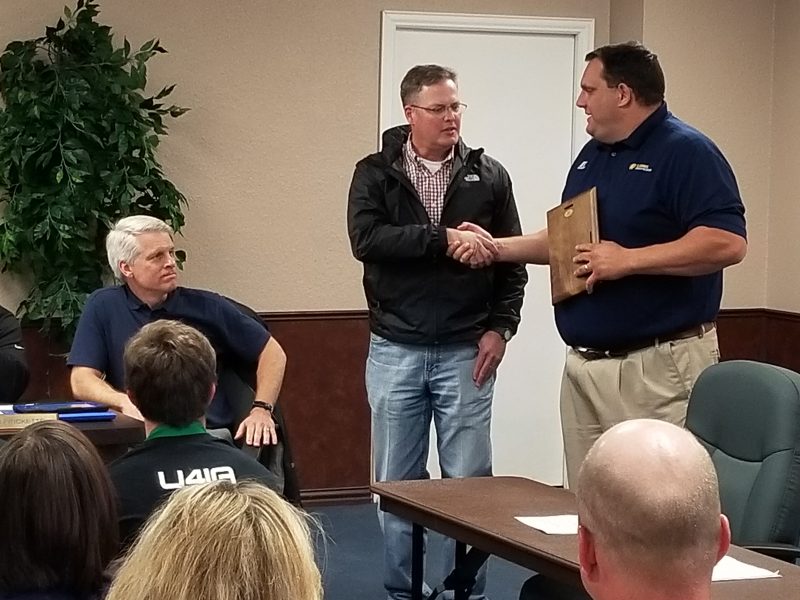 Don Sapaugh, honored for his 11 years of service to Sulphur Springs Independent School District, hiring a new head band director and a new transportation director, along with presentations by the district math and science programs and the middle school robotics team highlighted the April meeting of the SSID Board Monday night, April 9, 2018.

During Public forum, Superintendent of Schools Michael Lamb presented Sapaugh with a plaque honoring his years of service on the board. Lamb pointed out that Sapaugh stepped down to allow Sapaugh’s wife to pursue her passion in teaching. 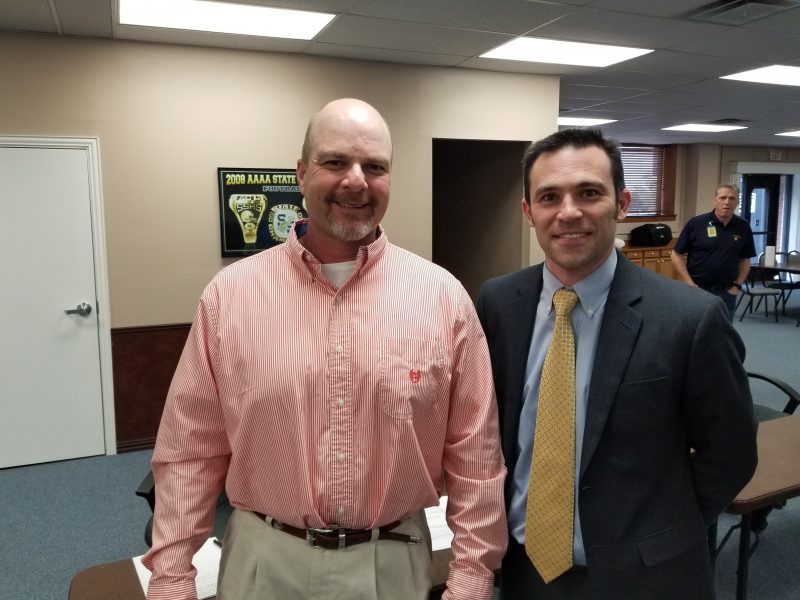 Spencer Emmert was presented to the board as the Superintendent’s recommendation for the district’s new head band director. Lamb noted Emmert’s great energy. Emmert, who served for 12 years as an assistant in the local program and who is the current band director at Winnsboro High School, will fill the vacancy created in the death of Charles McCauley. While director of the Winnsboro band, his bands have won a number of honors on the area and state level. As Middle School band director in Sulphur Springs, Emmert had built the program into a successful program that attracted larger numbers of students to the band. He stated that he is thankful for the trust placed in him. His wife, Christi, currently teaches music on the elementary level in SSISD and four of their five children are in local schools. The fifth child begins school next year.

Superintendent Lamb also presented the new Transportation Director, Robert Huizinga. Huizinga is currently the Transportation Director for Chapel Hill Schools in Mt Pleasant. His experience as a transportation director and his diesel mechanic background made him a good fit for the position according to Lamb. Huizinga’s wife, Susan, is an Elementary Science Consultant at Region VIII Education Service Center. 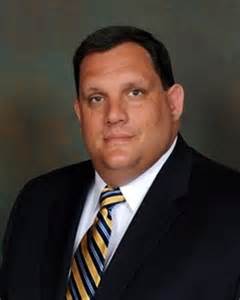 The board approved resolutions nominating Superintendent Lamb for Superintendent of the Year in Texas. Lamb’s nomination begins at the regional level where he will be interviewed and recommendations will be assessed.

The board voted to purchase playground equipment. The equipment will cost $175,000 and an application for a $150,000 Head Start grant for the equipment at the Douglas ECLC campus was also approved by the board. Money from the grant would be utilized in the purchase. Superintendent Lamb noted that the change of campus for ECLC and Douglas would lead to improvements at each campus. Drainage issues at the current ECLC building will be addressed and an expansion of the parking lot at Douglas is on tap.

New laminate will replace problems created by moisture damage at the Middle School. The new laminate, purchased from 3T Building Materials, will be used for counter tops replacement and will cost just under $85,000. Money from the settlement between the school and contractor will pay for the upgrade. According to Dan Froneburger, District Maintenance Director, much of the laminate would arrive pre-cut and would be installed by school maintenance employees.

Carmen Hammack presented a report on the district math programs that encourage students to think math. The district science report was presented by video featuring Karen Phillips who gave an overview of the program. 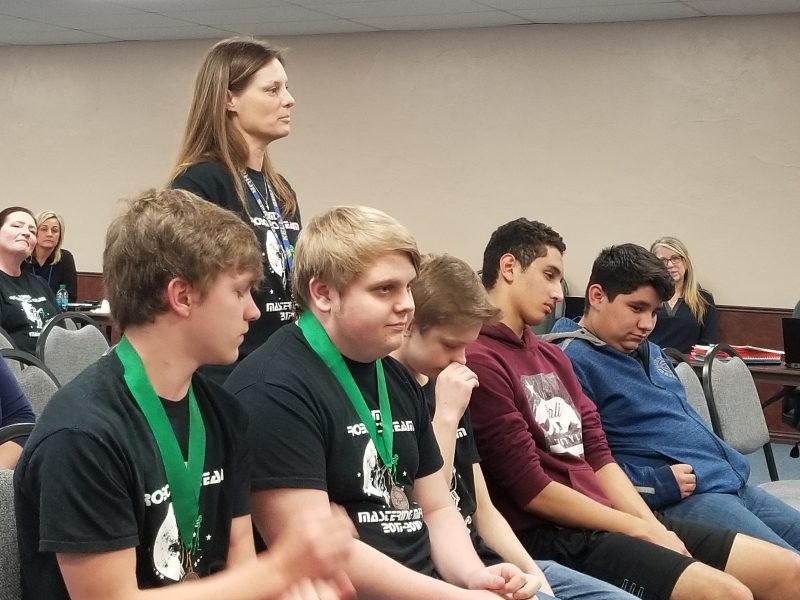 Kelly Shutt and Middle School students presented the Robotics Program at the Middle School. The young program has already placed on the state level. 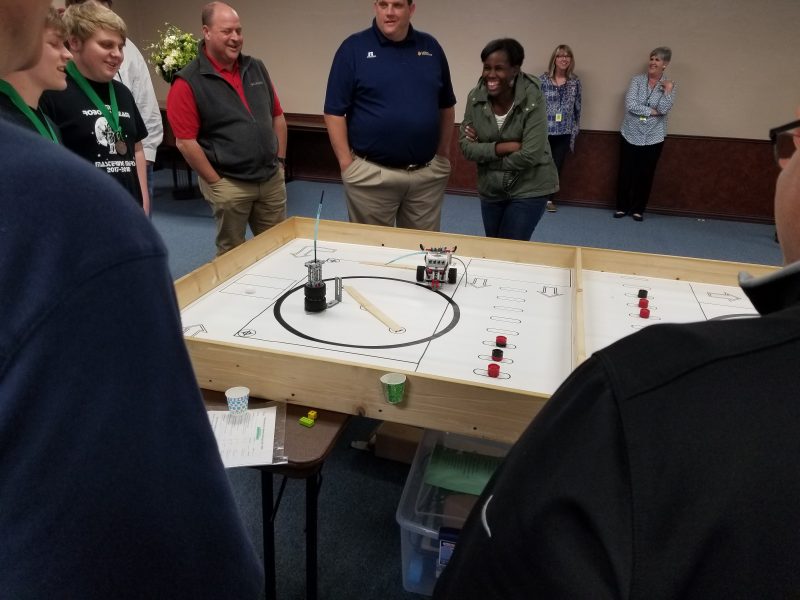 A demonstration of the robots built and programmed by the students drew the students and board into conversations regarding steps taken, lessons learned, and planning for future robotic program activity.

Deborah Cody presented the required Head Start training on the Roles and Responsibilities of the Governing Board to board members.