Wildcats Baseball Coach Jerrod Hammack said he expected a good competitive game with Texas High Tuesday night (March 20)at Wildcat Park as the Wildcats won, 6-4 against a Tigers’ team ranked #25 in the state in one poll. He said the Wildcats got off to a good start scoring three runs in two different innings to go ahead 6-0. Coach Hammack said the Wildcats pretty much controlled the game but he was disappointed in some of the Wildcats’ defensive miscues. He said the mistakes caused some unearned runs to score and also made Wildcats’ pitcher Ryan Humphries have to throw an extra 25 pitches or so. Coach Hammack said he was thinking about putting in a different pitcher in the seventh inning but he said Humphries wanted no part of that because he wanted to finish what he started. The middle part of the Wildcats order had an off night Tuesday but the Wildcats got good hitting from Austin Dodd who had 2 hits, from Kaden Argenbright who had 3 hits and four RBI’s and from Gavin Millsap who had 2 hits and 2 RBI’s. Coach Hammack said with an open date Friday, he has scheduled a Saturday afternoon game at Seagoville to give the semblance of routine. He’s hoping the Wildcats play the non -district game at an intensity level close to that of a district game. Coach Hammack said next week would be a tough one with a game at Mount Pleasant and a home contest against Greenville. He said both of those teams are playing well right now. The Wildcats are 3-0 in district play and they are 9-7 for the season with six straight wins.

Wildcats Soccer Coach Nicky Wiggins said it’s not easy to defeat a team three years in a row to earn a playoff spot and end the other team’s season. After the Wildcats 1-0 win in a physical game with Hallsville at Prim StadiumTuesday night, the Wildcats have now topped the Bobcats three years in a row to advance to the playoffs. The past two years, the big game was at Hallsville. Coach Wiggins said he was proud of his team for putting everything on the line. He said he suggested that Angel Tavera locate himself at the top of the box on a set piece right before Tavera had the ball come right to him. He drilled the ball into the net for the game’s only goal. Coach Wiggins said goalkeeper Jonathan Lopez made a huge save on a penalty kick from a seasoned Bobcats’ goal scorer. It was Lopez’ second PK save in as many games. Coach Wiggins called Lopez the Kung Foo Panda. He said Lopez was also playing with an aggravated muscle pull that caused him to limp noticeably during the late stages of the game. Coach Wiggins also praised the Wildcats’ defense. He said Hallsville is a hard team to shut out. Coach Wiggins said the Bobcats threw the kitchen sink at the Wildcats trying to score a goal. Tuesday night’s victory came on Senior Night as twelve Wildcats seniors were recognized. The Wildcats ended district play with a 6-6 record. They are 13-12 for the season. The Wildcats, the district’s fourth playoff seed will play the champion of District 15-5A next week in a bi-district playoff game. 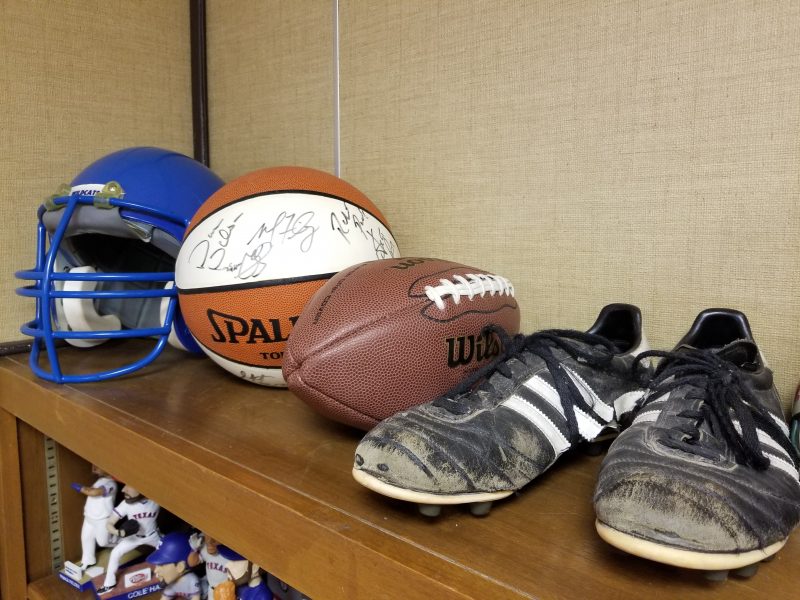