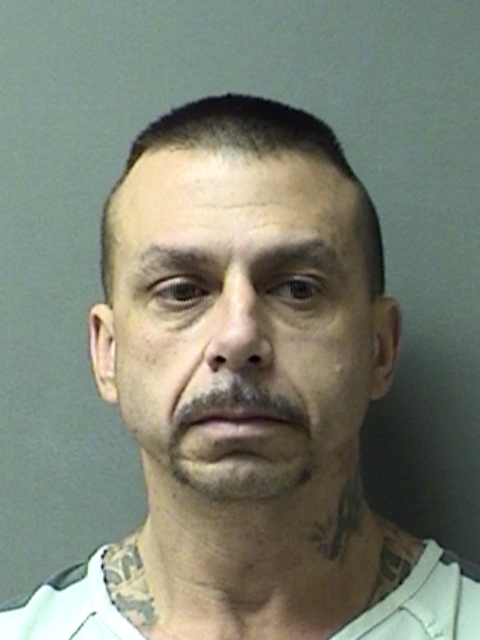 Arrested in Marietta, Oklahoma by U S Marshalls after committing an aggravated robbery at Jon’s Mini Mart on Hillcrest Dr. in Sulphur Springs, Tracy Kenyon Sexton, 52, of Springdale, Arkansas is now in Hopkins County Jail held on a $350,000 bond.

Sexton admitted to the crime and was booked into Hopkins County Jail by Sulphur Springs Police Detectives. Sexton is also shown to have a parole warrant out of Arkansas and an aggravated robbery warrant out of Arlington, Texas. The female companion remains in Oklahoma where she is held on a Hindering Apprehension of a Felon charge.

Wednesday local officers recovered Sexton’s clothing and the weapon used in the robbery. The weapon was a pellet gun.

Following a social media post by the police department, tips began coming into the local police office. The pair was located at a Lake Dallas hotel where Lake Dallas police ran a raid on the room where the couple was supposedly staying. The couple was not in the room when police entered but were across the street and observed the raid. They left the area finding a ride to Gainesville and then on to Marietta, Oklahoma, according to local law enforcement. The truck used in the robbery was placed in impound by Lake Dallas police.

A phone call from a Marietta hotel led local law enforcement to contact the Marietta deputies and their task force surrounded the hotel after confirming the female had secured a room there. Law enforcement made entry into the room and arrested both individuals.