During their Monday regular session, Hopkins County Commissioners’ Court employed KSA Engineers of Longview to establish weight limits for county roads and will reapply for grants to open Pipeline Road and to rebuild three bridges on roads in Precinct 1.

KSA Engineers will be paid $21,500 for the project. The cost of the project will be divided by the four precincts with each paying just over $5,000. When the project is complete, the proposed weight limits will be turned over to the Texas Department of Transportation (TxDOT) for final approval and implementation of the limits. Once approved by TxDOT, the next step will be for the county to hire a weight and measures officer to enforce the limits by tickets written and fines levied on offenders.

For several years Commissioners’ Court has wanted to have weight limits established for county roads due to heavy trucks use. The need has become imperative, according to Hopkins County Judge Robert Newsom. Newsom said weight limits and permitting trucks for county roads is the first step that will lead to better roads in the county. Although trucks for agricultural uses will be exempt, there are a number heavy trucks on County Roads that are non-agricultural based such as concrete, wood, oil, and other heavy trucks. Newsom did say that some loads on county roads would necessitate smaller carriers. For instance, concrete for construction could be provided by trucks under the weight limit even though more trucks would be needed for the project.

Deterioration of county roads due to  use by heavy trucks has been a continual problem, according to Newsom. He stated that permits will be issued and county roads will see weight limits at less than 80,000lbs. 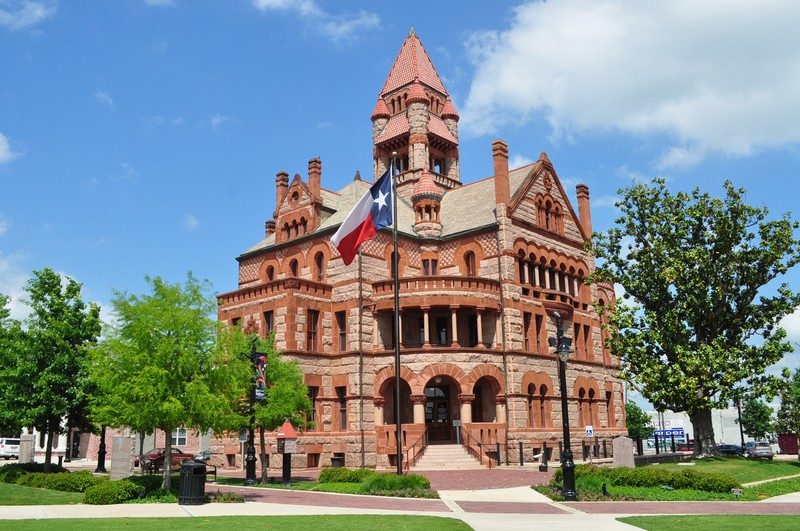