Lady Cats Basketball Coach chose to emphasis the positive things his team did this year as the Lady Cats’ season ended with an Area game loss Thursday night at Rockwall High School. After he met with his disappointed team, Lady Cats Coach Jeff Chapman talked with media members. He agreed it was a tough way to end the season but he said all teams end that way except for the state champion.

Coach Chapman said this year topped last year when his team lost in bi-district. He said Frisco Lone Star was a pretty good team and worthy of their high ranking. Coach Chapman said their players were athletic and lots of them could create their own shots. He also had lots of praise for the Lady Cats. Coach Chapman said the girls worked hard and never stopped trying in the game. He said they came to the gym when he asked them to and they also stayed after practice to work on their games. 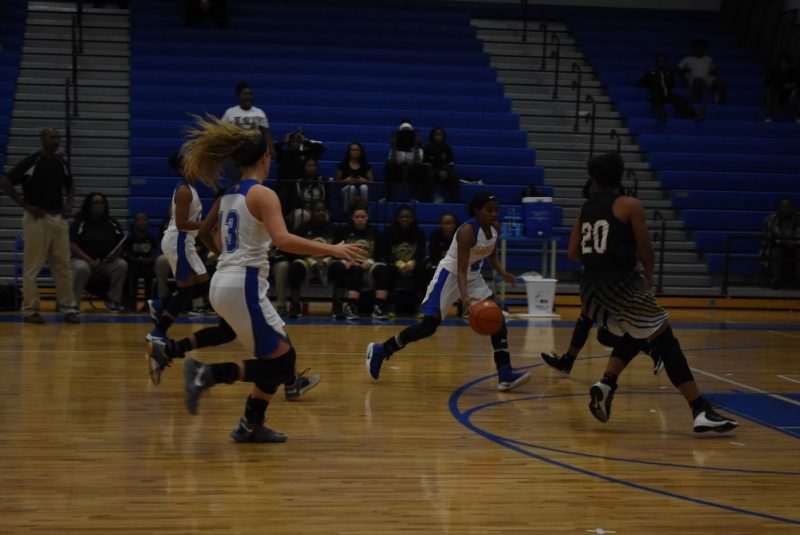