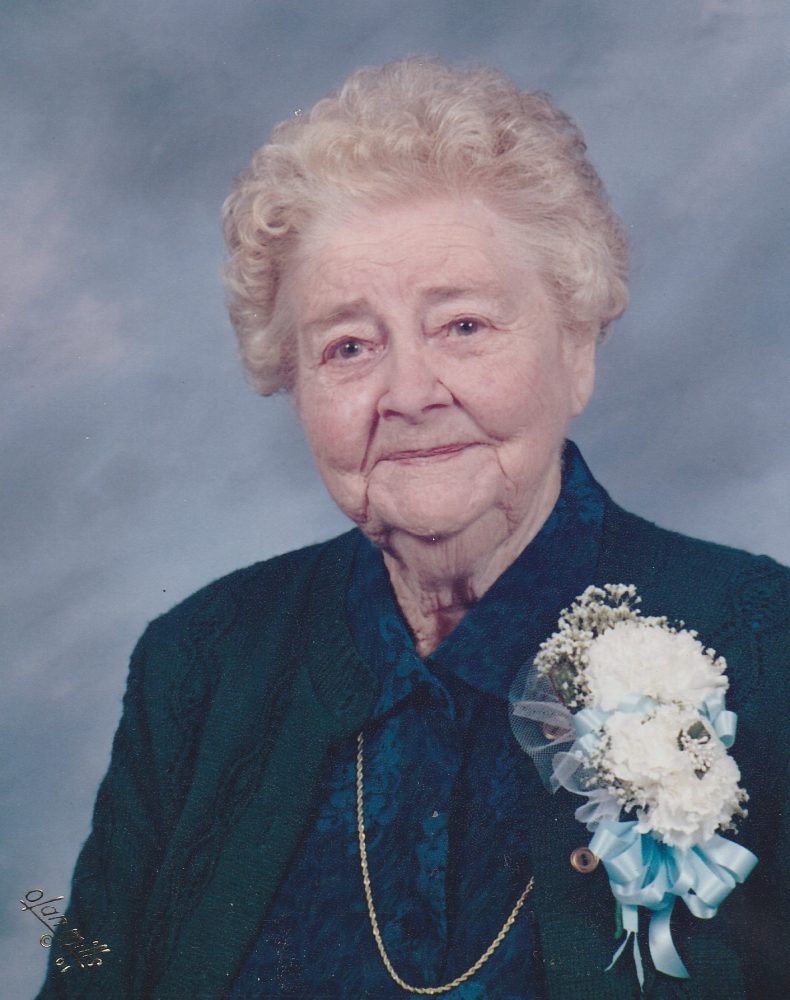 She was born March 4, 1916 in Weaver, Texas to Guthrie and Viola Davis. She was the eldest of 5 siblings. She married Willis Brewer on December 21, 1933 in Saltillo, Texas. They had 2 daughters, Peggy and Patsy. She spent her life as a homemaker enjoying gardening and quilting. She was a member of Weaver Baptist Church for 80 years and a caretaker of the Weaver Cemetery.

She was preceded in death by her husband, Willis; her daughter, Peggy Sustaire and husband Pat of Greenwood, Texas; her parents Guthrie and Viola Davis of Weaver, Texas; and 3 siblings: Oreda Gauntt of Clovis, New Mexico; Weldon Davis of Paris, Texas; and Joe Wayne Davis of Purley, Texas.