He became a member of the Hopkins County Sheriff’ Posse and found a love for law enforcement. Now, Sheriff Lewis Tatum wants to return the local posse to activities that were a part of its beginning. The Sheriff addressed the posse at their 30th Anniversary Chile Luncheon and Swearing-in Saturday, January 13th. Ithe warmth of the Sally Port at the Hopkins County Jail, the men and women members of the Sheriff’s posse celebrated the over 30 years of continued service to the county. The Hopkins County posse was organized October 31, 1987, and operates, under the authority of the sheriff and by a set of by-laws, as a support to all law enforcement agencies upon request and approval by the sheriff. 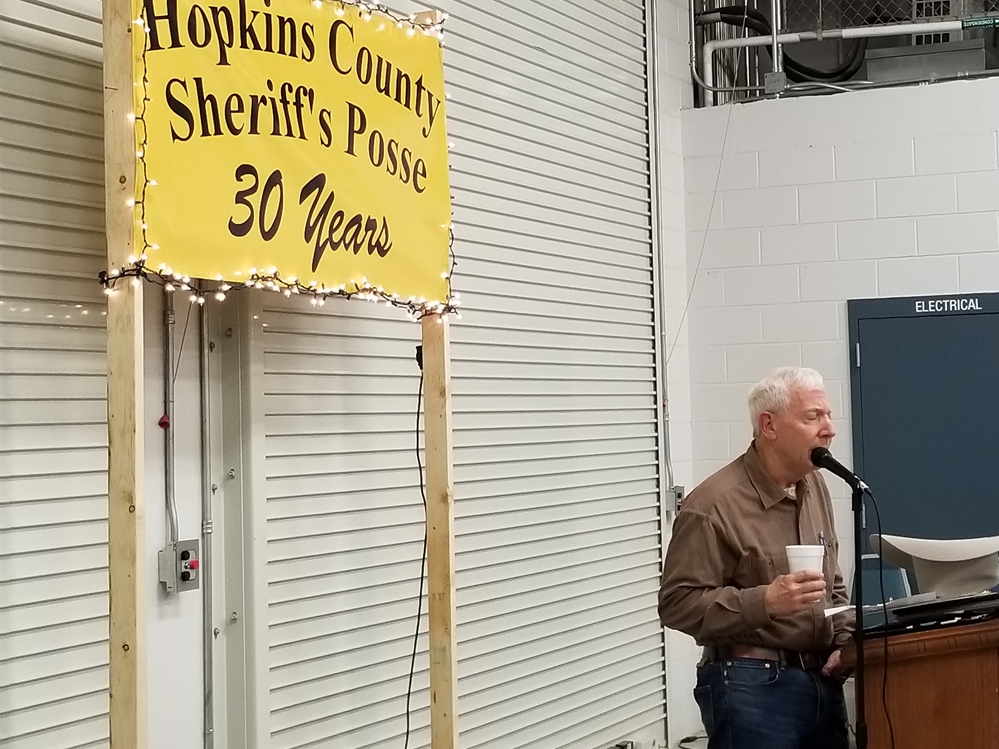