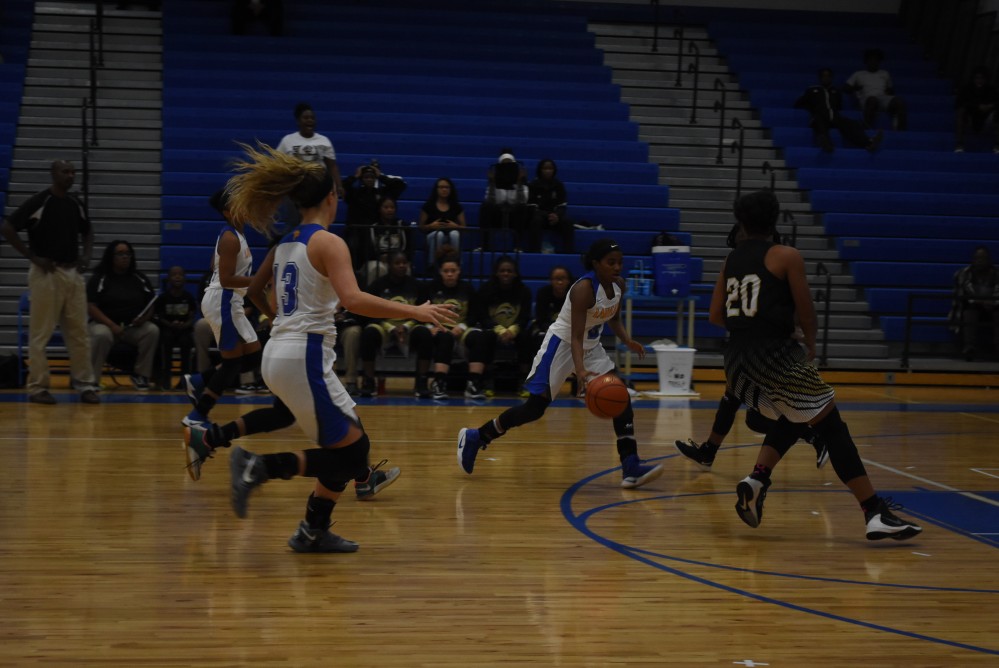 The #9 Lady Cats’ basketball team broke open a close game with strong scoring in the second and third quarters to defeat Greenville, 63-32 Tuesday night in Greenville. It was the Lady Cats fifth win in a row.

Lady Cats Basketball Coach Jeff Chapman acknowledged his team got off to a slow start against Greenville Tuesday night on the road before putting things together in big second and third quarters to take a 63-32 win. Coach Chapman said Greenville did some different things Tuesday night and he said he wasn’t surprised since it was the second time around for the two teams. He said the Lady Lions were determined to limit Kaylee Jefferson’s scoring.

The #9 Lady Cats improved their first place district mark to 7-0 and their season record to 21-3. Next the Lady Cats take on Hallsville in Wildcats Gym Friday night. The Lady Cats defeated Hallsville on the road, 73-26 back on December 15.