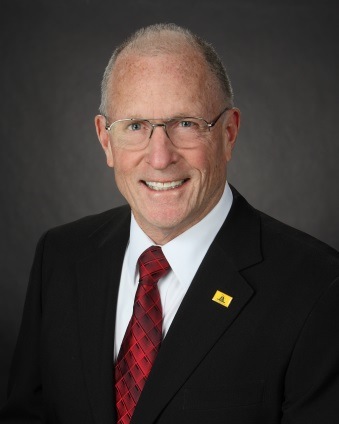 (Edgewood, TX) Senator Bob Hall announced that he has filed for re-election to the Texas Senate and has a strong campaign of grassroots leaders and conservative support for his re-election.

“I have a proven, conservative record and, as your Senator, I have done exactly as I said I would when I first ran,” said Hall. “Support for my campaign is strong and continues to grow every day. People are proud to help re-elect someone who has demonstrated that promises made will be promises kept.”

Senator Hall’s background as an Air Force Veteran and as a small-business owner and entrepreneur undoubtedly shaped his conservative perspective on limited governance. Hall has been fighting for national security and free market principles his entire life, and he is now one of the state’s most conservative legislators. That experience, and his love for this country, drive him to leave behind the legacy of a patriotic servant for his children and grandchildren. Envisioning their futures compelled Hall to become actively involved in the state’s political process, and he strongly believes it is time to stand in the gap for our children, our liberties, and our future.

“I first ran for office because there was a lack of conservative leadership in the Texas Senate, and our District was being represented by one of the most liberal Senators in the state,” Hall stated.

Hall was elected to the Senate in 2014, winning an election where he was largely outspent and widely discounted as a grassroots underdog. Since then, Hall’s work as a proven, conservative leader has been instrumental in many of the Senate’s recent accomplishments. He is Vice-Chair of the Senate’s Transportation Committee and was recently appointed to the State’s critically important Sunset Committee.

“We accomplished a lot, but there is still much to be done. The Texas Senate is now a great example of what electing serious conservative leadership can get done for our state, and I’m proud to have helped lead those efforts. I have voted exactly as I said I would when I first campaigned, and plan to continue to do exactly that. Promises made will continue to be promises kept,” remarked Hall.

“I’m proud to be one of the most, and often the most, conservative Senator, because it means I vote against excessive regulations, vote 100% pro-life, and vote to cut property taxes. When you’re the most conservative, many hard working people support you and support your campaign. In fact, my strong conservative voting record continues to attract a lot of grassroots supporters who previously supported my current opponent,”  Senator Hall said.

The Hall campaign has formed a winning campaign team of experienced staff and grassroots leaders. Additionally, Hall has again secured the endorsements of a comprehensive slate of the state’s largest and most influential grassroots organizations, including Texas Right to Life, Texans for Fiscal Responsibility, Texas Eagle Forum, Texas Values and many more.

“We are proud to have such strong and growing support, especially from the legitimate conservative groups across the state. We are working every day to continue to build a team of grassroots leaders to make sure this seat is represented by a conservative voice in Austin again. I am proud to be that voice.”

More information is available about Senator Hall at http://www.senatorbobhall.com/