The #7 ranked Wildcats’ basketball team opens the second half of district play at Pine Tree Tuesday night (January 23). The Wildcats finished the first half with a 6-0 record. The first time the two teams played, the Wildcats won 70-50 over Pine Tree at Wildcats Gym on December 19. The Wildcats are 23-3 for the season. There will be a freshman game at 5 p.m. at Pine Tree. A JV contest is next at 6:15 p.m. The Wildcats’ varsity game starts at7:30 p.m. Wildcats Coach Clark Cipoletta said the pesky Pirates are coming off of a big win at home over third-place Texas High by almost 20 points. It was the Pirates win district win but Coach Cipoletta said the Pirates have been in every district game they have played this season. He said they seem to be getting better every week. Coach Cipoletta said the Pirates have last year’s District Newcomer of the Year, J.J. Sparkman-Hawkins and he added Sparkman-Hawkins had a big game against Texas High. Sparkman-Hawkins was held to 6 points in the December game in Wildcats Gym. The Wildcats will be without senior 3-point specialist Bryson Lynn, who suffered a concussion against Hallsville last Friday.

The #9 ranked Lady Cats’ basketball team plays Pine Tree Tuesday night (January 23) at home. The Lady Cats are 8-0 in district play and 22-3 for the season. The last time the two teams played, the Lady Cats won on the road, 59-26. There will be a JV Gold game at 5 p.m., a JV Blue game at 6:15 p.m. with the varsity game at 7:30 p.m. Lady Cats Coach Jeff Chapman said Pine Tree has two very good girls. He added Lady Pirates Coach Robin Herber knows the Lady Cats better than anyone. The two coaches first faced each other in a bi-district game back in 2012. Pine Tree came away with a 38-35 win. The Lady Cats may have won handily the first time the two teams met, but Coach Chapman is sure Coach Herber has been busy watching tape to make adjustments to things that worked well for the Lady Cats the first time. We will bring you Lady Cats’ basketball with Pine Tree Tuesday night at 7:30 p.m. We will also videotape the game for replay later on Channel 18 on Suddenlink Cable. 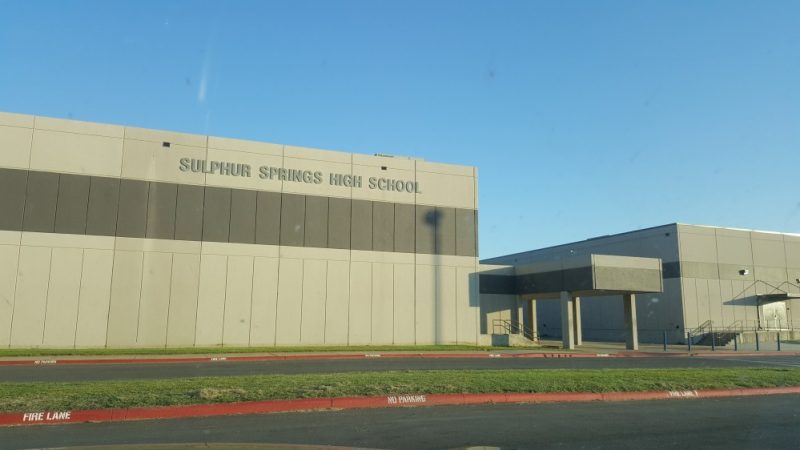