Wilma White, matriarch of one of the oldest dairying families in Hopkins County, passed away peacefully at her home on December 15, 2017. Wilma was 99 years old, and just one month short of her 100th birthday. Her late husband Eldon White established White’s Dairy in 1935 right after they married, just as the new industry was starting to take hold in the county. According to Wilma in a 2015 interview, her father gave them their first cows and the herd began to grow, as did their family.

White’s Dairy was one of the first to modernize with milking machines. Their milk is shipped out mainly to the eastern United States. They haven’t been limited to just dairy cattle; the family also produced pigs, ponies and a prosperous garden. Today, the Whites still raise award-winning horses in their equine operation.

During the last years of her life, Wilma served as a consultant for her son Gerald who does the daily milking chores at the barn along I-30, now located inside the city limits.  Her daughter Theresa manages the horse business which was honored in 2014 as a Legacy Breeder by AQHA for fifty continuous years of raising foals. Wilma regularly rode along in the pickup to check the cows and the horses, including twice during the final week of her life.

Five daughters and a son survive, she was preceded in death by her husband and two sons.

Services will be held on Sulphur Springs on Thursday December 21, 2017 at 11 am at Murray Orwosky Funeral Home with burial at Restlawn Memorial Park. 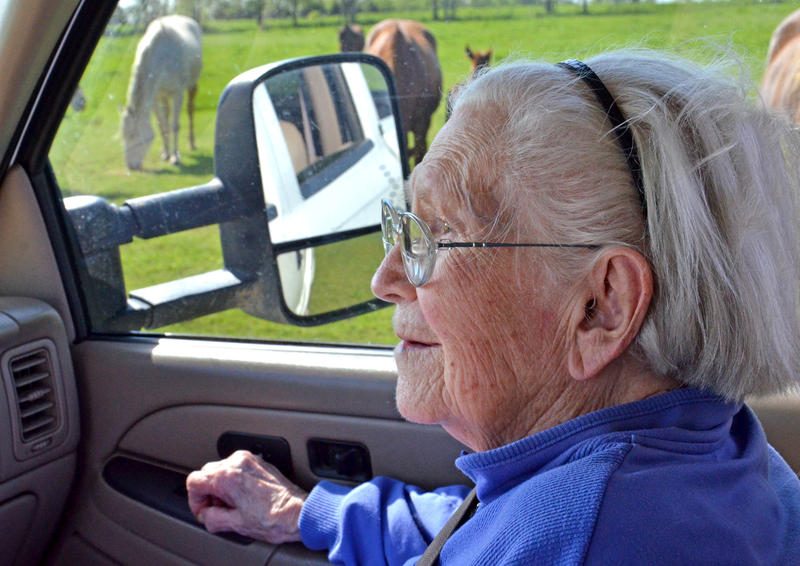