An appeal of a settlement reached in a pre-court hearing involving the custody of hundreds of cattle seized by Hopkins County Law Enforcement and the SPCA of Texas and owned by George Lawrence Bergin, 61, of Sulphur Springs has been filed with the County Clerk’s office and will be heard by a jury in Hopkins County Court at Law January 4th according to local officials. Bergin was arrested December 4th and charged with Cruelty to Livestock-Fail to Provide, a state jail felony. The cattle appeared to be suffering from malnutrition.

According to officials, a jury will be selected in County Court at Law January 3rd and the trial will begin January 4th. The appeal was filed Wednesday at the County Clerk’s office and the trial must take place within the next 10 days following the filing of the appeal.

In the settlement made December 13th, Justice of the Peace B. J. Teer signed an order calling for a public auction of the animals. A bond in the amount of $245,000 was set to perfect the case. Bergin had 10 days to appeal and the Justice of the Peace had an additional 5 days to file the paperwork with the court. The settlement and the custody of the cattle will not affect the state jail felony criminal charges against Bergin.

Currently, the livestock are being treated by a Veterinarian and to receiving proper nourishment at an undisclosed location. If the appeal fails, the cattle will be sold at a livestock auction barn. Bergin nor any of his family can, by law, bid to purchase the cattle. Bergin seeks to regain custody of his cattle. County Commissioners Court approved an expense of $94,000 and smaller amounts for a total of $127,651.62 for the care and feeding of the cattle. 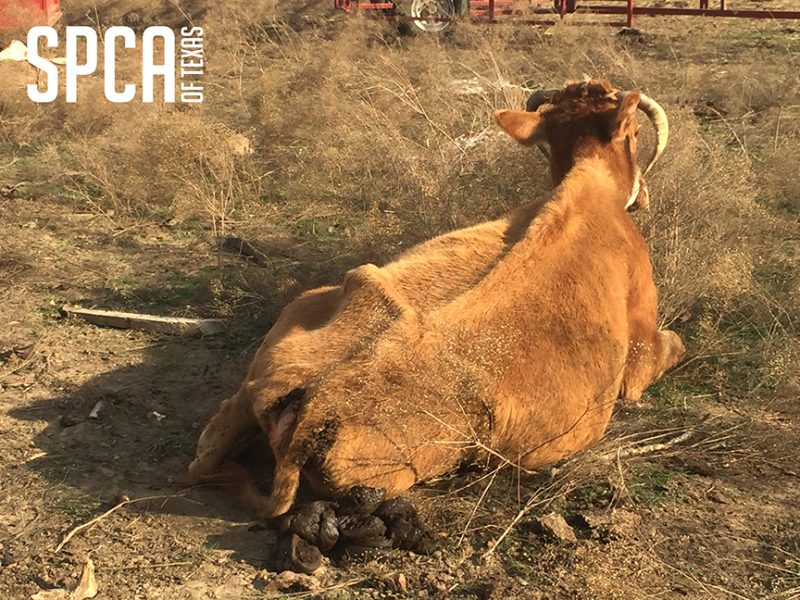 If the appeal is not granted, then all money from the sale of the cattle will be paid first to the state and county. Any money above the expenses of the county and the state will go to Bergin. If the sale falls short of the amount of expenses, Bergin could be liable for the amount remaining.

According to the SPCS of Texas, Hopkins County Sheriff’s Office began seizing and taking custody of approximately 200-400 allegedly cruelly treated, starving head of cattle from six Hopkins County properties near Sulphur Springs, on Monday, December 4. Due to the number of cattle and the multiple locations, the animals’ removal continued through Wednesday, December 6. The SPCA of Texas assisted in removing, transporting, taking inventory of and collecting evidence for the case, and will also provide expert witness testimony. The SPCA stated the animals did not have access to appropriate food or water and were not receiving proper care. Deceased cattle were also found on the properties along with an unknown number of skeletal remains of cattle. SPCA states the Bergin faces a state jail felony, which carries a punishment of up to two years in state jail and up to $10,000 fine.