The Wildcats will face Lucas Lovejoy in a bi-district playoff game Friday night at 7:30 p.m. at Gerald Prim Stadium.

The Wildcats’ football team took a 19-7 road district win at Hallsville Friday night to earn a playoff spot. The Wildcats’ defense bottled up Hallsville coming within five minutes of a shutout. Meanwhile the Wildcats’ offense chipped in two first half field goals and two second half touchdowns.

Hallsville finally got on the scoreboard on a 67-yard TD run after the Wildcats had built a 19-0 lead. Kicker Angel Tavera kicked two first half field goals to give the Wildcats a 6-0 halftime lead. Back Searn Rodgers scored a touchdown in the third and the fourth quarters to pad the Wildcats’ lead. 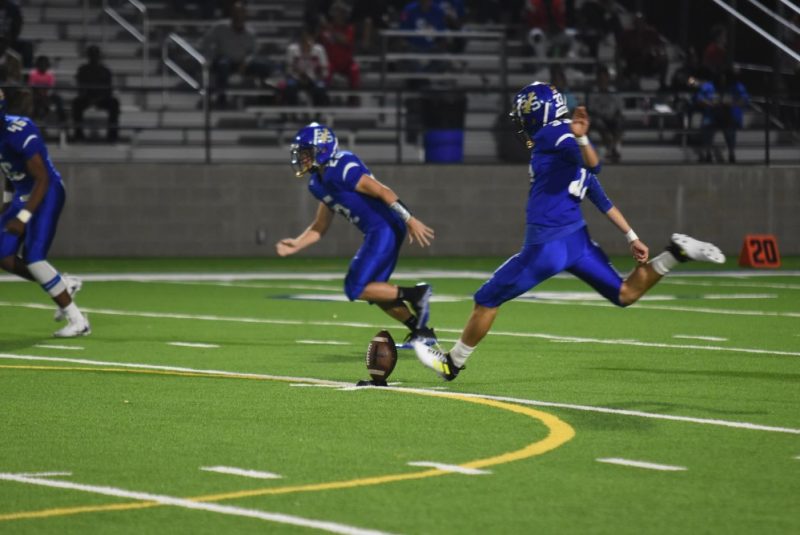