Wildcats Basketball Coach Clark Cipoletta said he was proud of his team and the way they came out focused and prepared in a season opening 66-58 win over Arlington Bowie in the Cowtown Showdown Saturday in North Crowley. Bowie was ranked #23 in Class 6A by the Texas Association of Basketball Coaches. Coach Cipoletta said the Wildcats played the way he knows they can play. He said the team started making defensive plays right from the beginning of the game.

As with any first game, all was not perfect. Coach Cipoletta said the Wildcats did have some careless fouls and turnovers that led to easy Bowie baskets. The Wildcats trailed by 4 at halftime. In the third quarter, the Wildcats surged into the lead outscoring Bowie, 15-2. Junior post Victor Iwuakor led the Wildcats with 23 points. Sophomore Godsgift Ezedinma, or GG, and senior Keaston Willis added 14 points apiece. Sophomore Michael Jefferson chipped in 12 points. Despite Iwuakor’s offensive numbers, Coach Cipoletta was excited about his defense, played against a player Coach Cipoletta called one of the top guards in the country. Coach Cipoletta also praised the play of junior Xavier Cork. He was scoreless but Coach Cipoletta said he made his presence known with blocked shots and rebounds.

The Wildcats, 1-0 for the season, play at Rockwall Heath Tuesday at 8 p.m. Coach Cipoletta said Heath is expected to win their district. He said they shoot the ball well and will press and play at a fast pace. 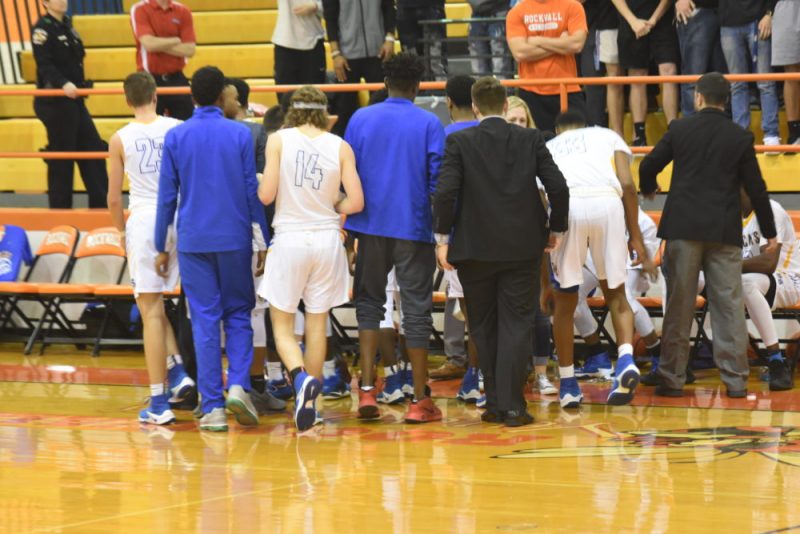