The Veterans Day Remembrace Ceremony took place Saturday Nov. 11th, at 11:00 am at the Celebration Plaza. The Hopkins County Marine Corps League unveiled the newest and final edition to the memorial benches that surround the soldier statue. 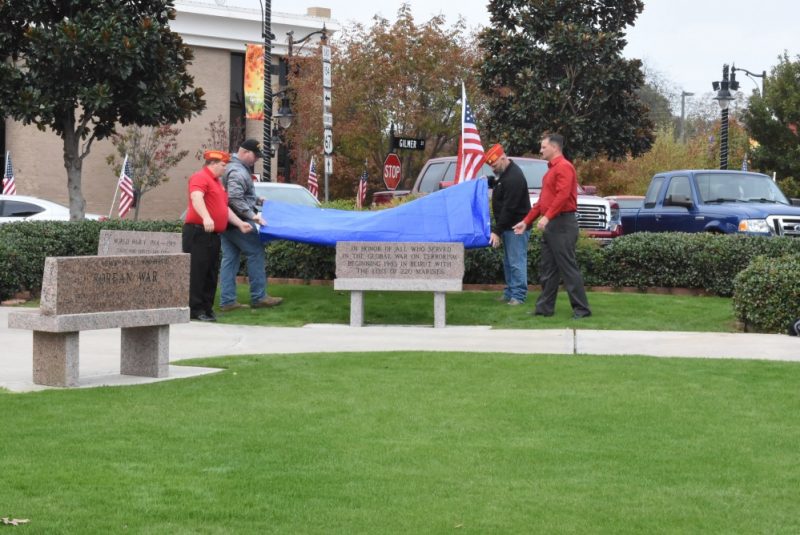 245 crosses lined the grass next to the courthouse. Each cross represented one soldier that had given his life in service for his country. The names of all of the casualties from Hopkins County from the Civil War to the Current War on Terrorism were read by two SSHS band students. The crosses were built and painted by Harold Smithson’s construction class.

The new bench was dedicated to veterans involved in the Global War on Terrorism. With troops in 180 countries, the memorial is for everyone who served since the Beruit bombings. Judge Newsom officially dedicated the bench to the veterans saying “There’s a price to pay for [America’s freedom]…Our grateful thanks goes out to all those who served.” Newsom also explained that his father and both sons were veterans and he holds a deep respect for the service men and women who have defended our country. After the bench was dedicated a 21 fire saulte was held to honor and remember those currently fighting for our freedom.

A large crowd had gathered for the ceremony. The day was one of remembrance for those with us, those who have passed away, and those who gave their life in service to our country. 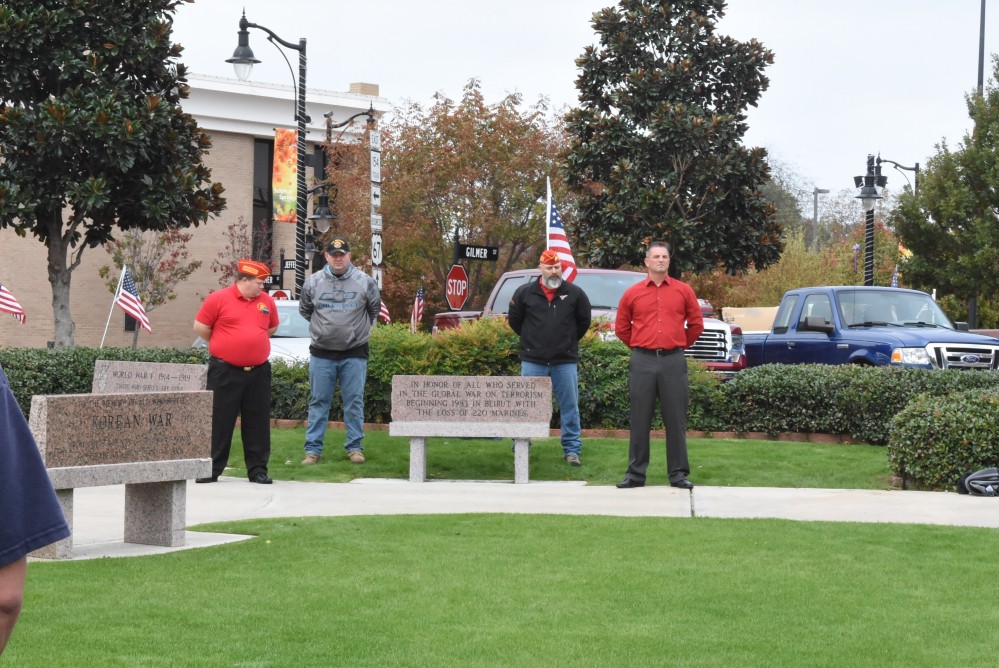 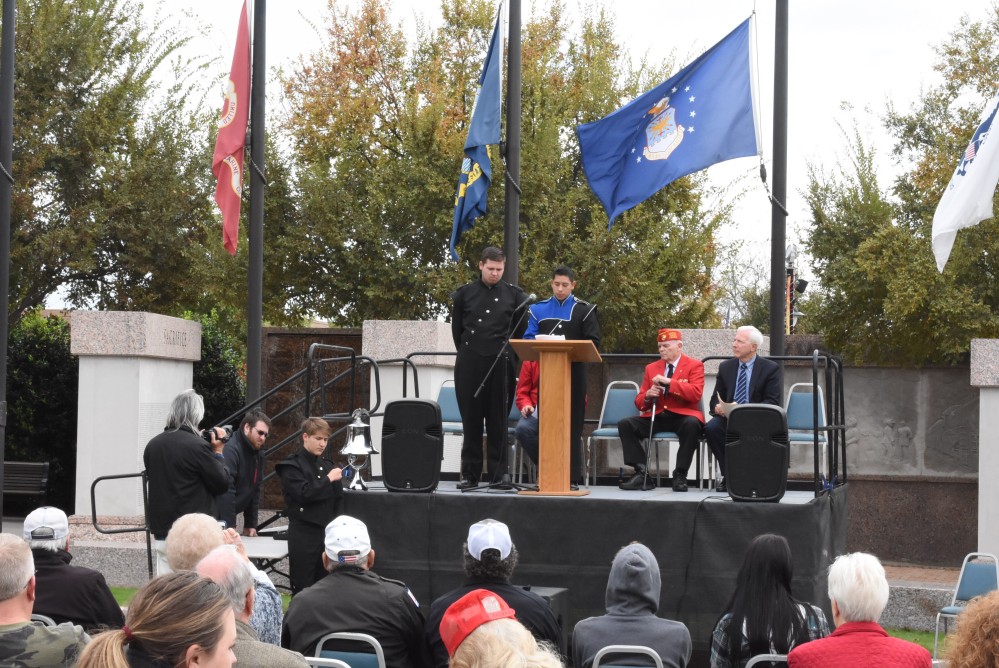 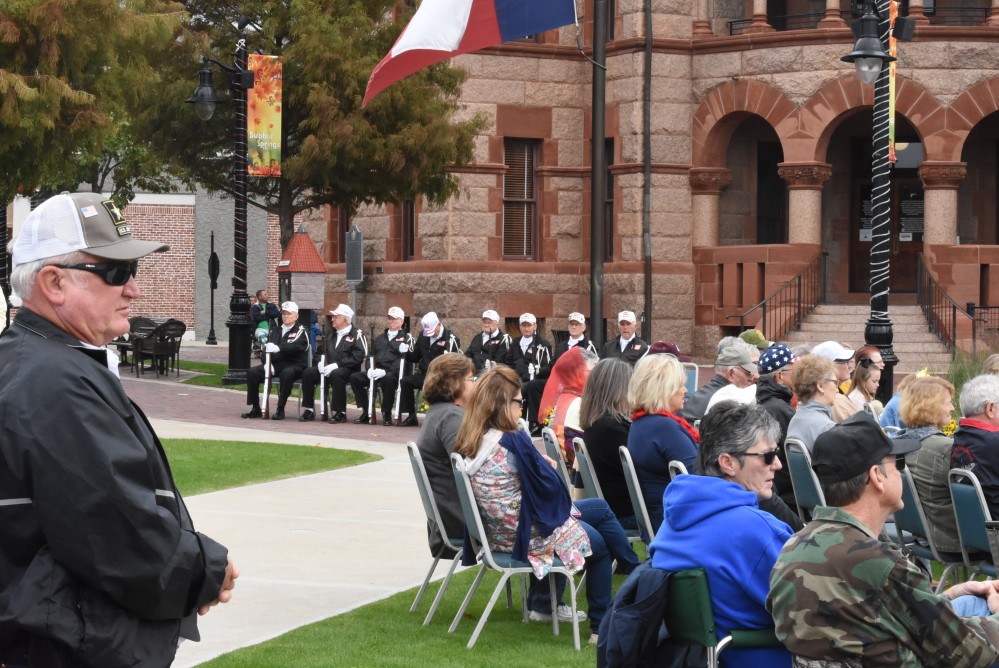 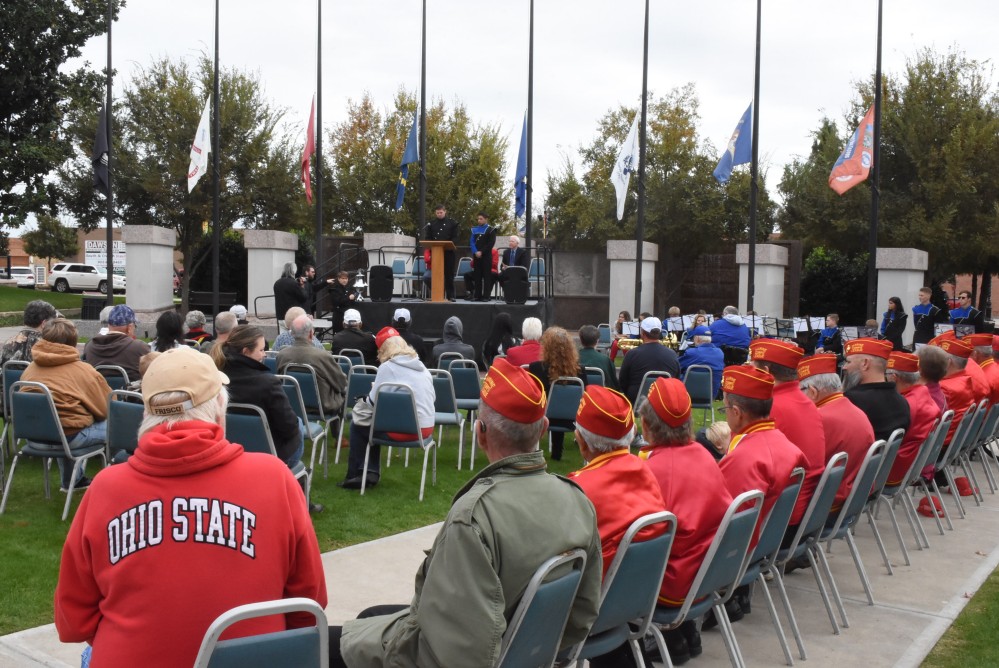 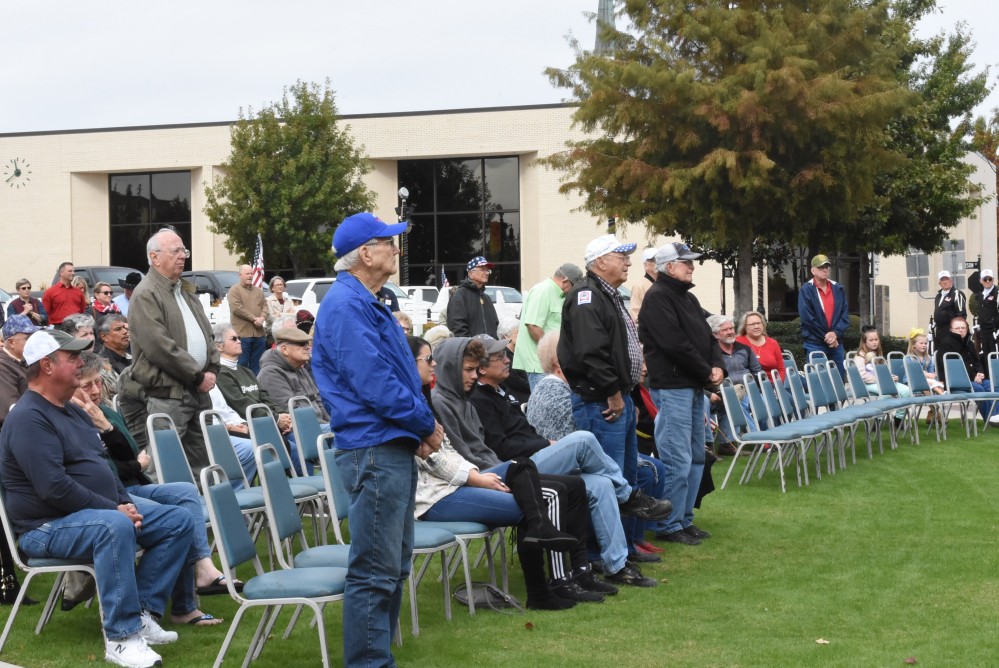 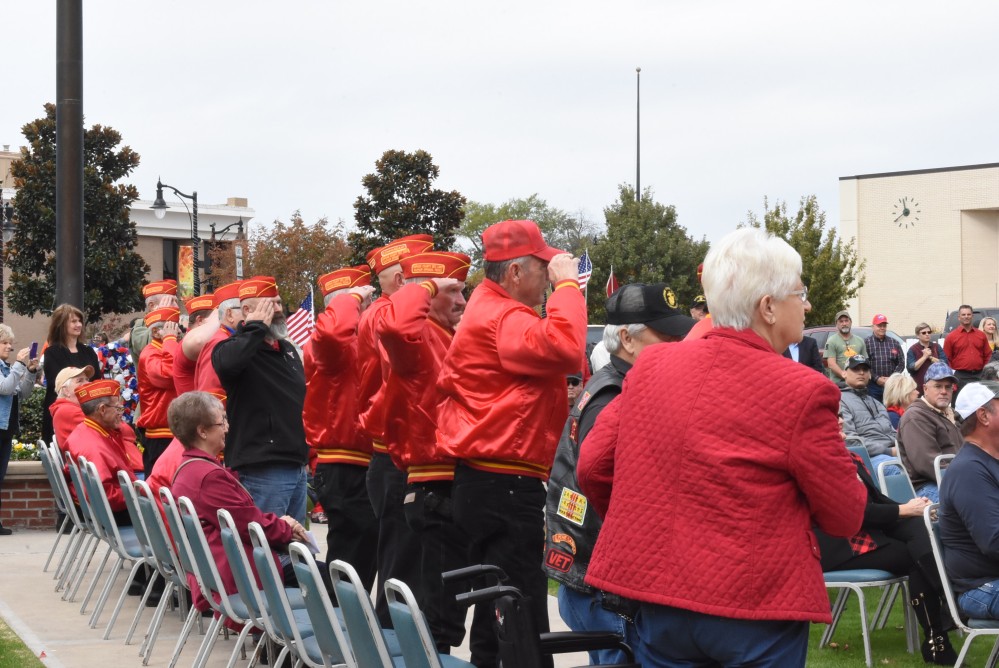 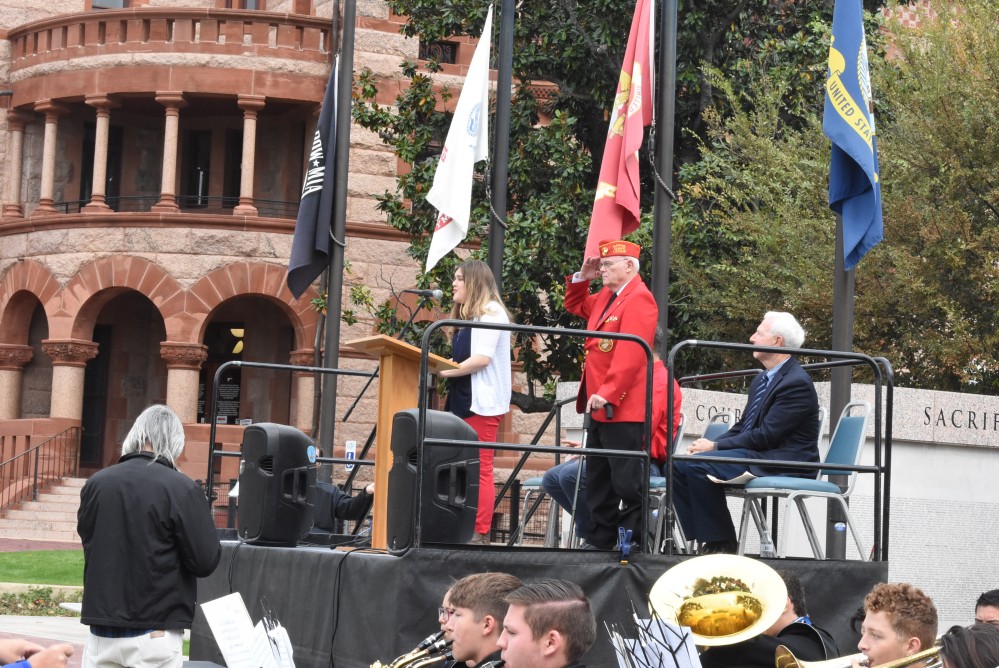 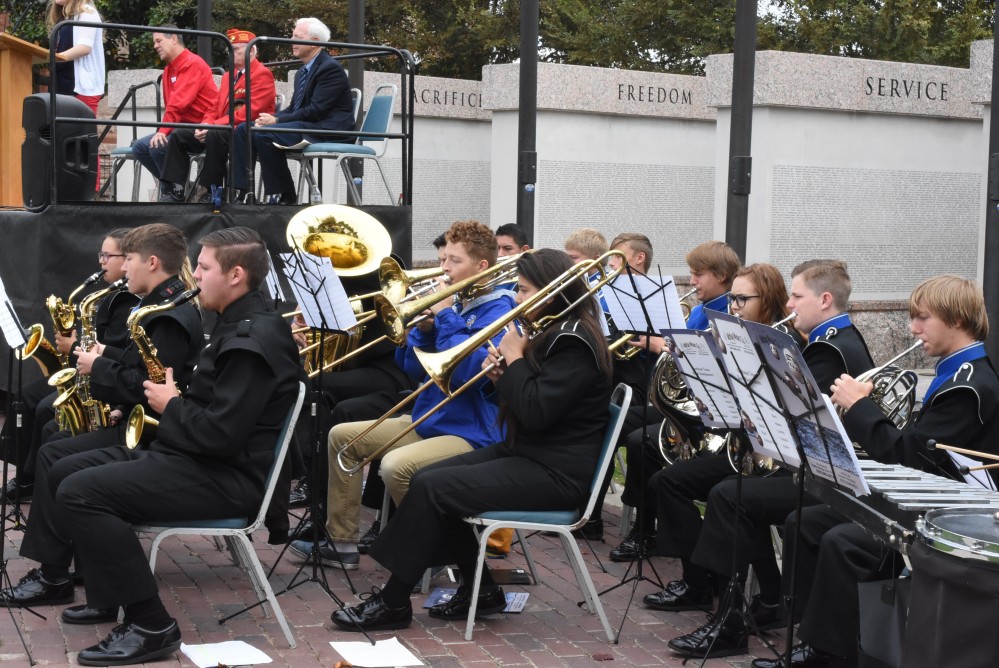 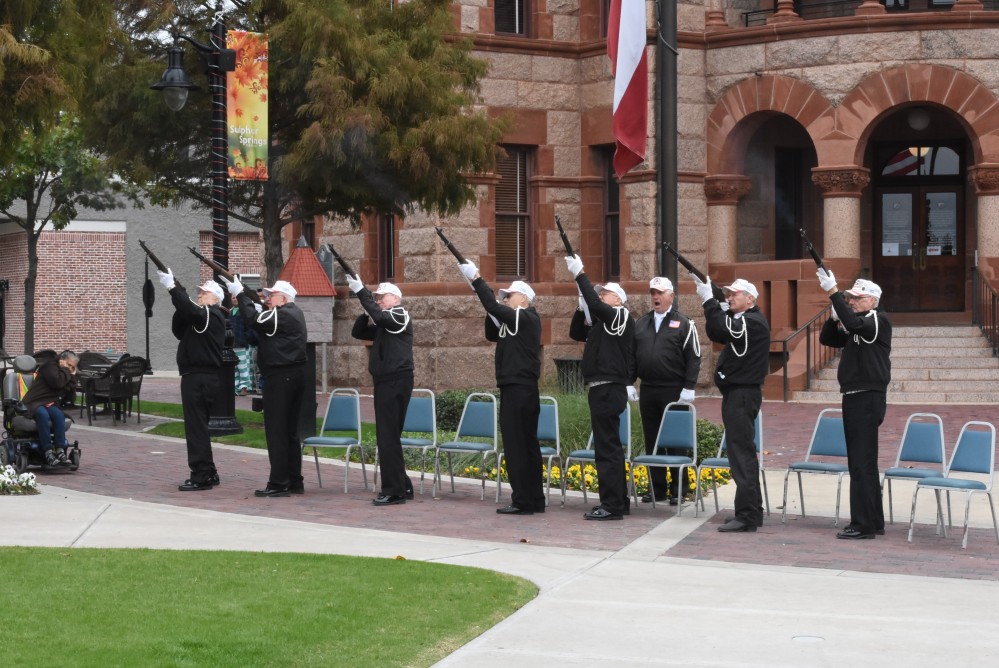 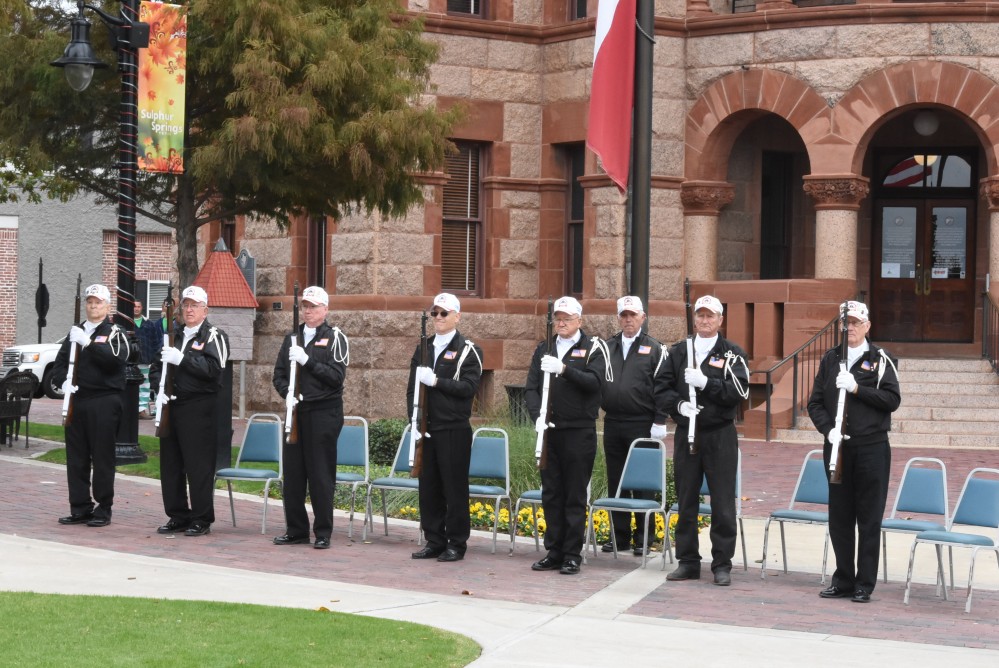 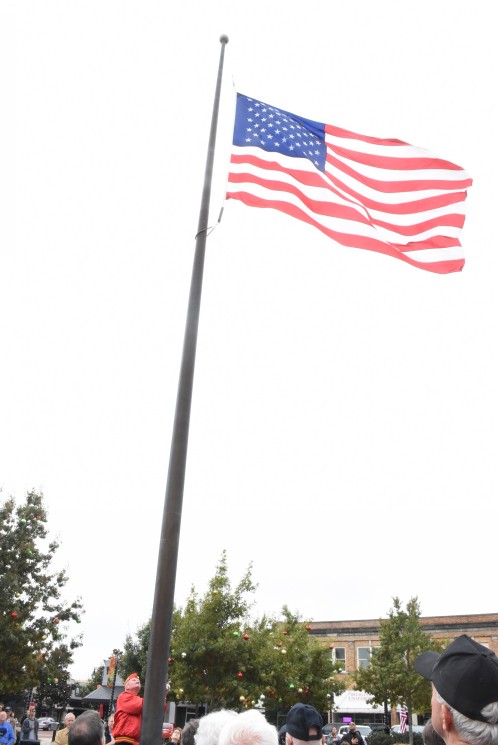 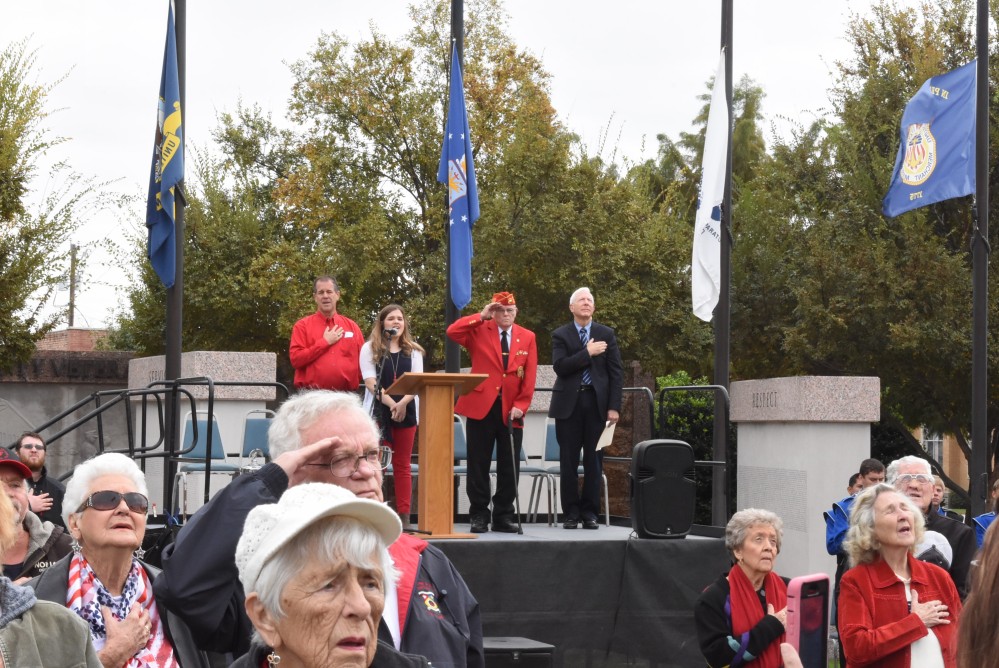 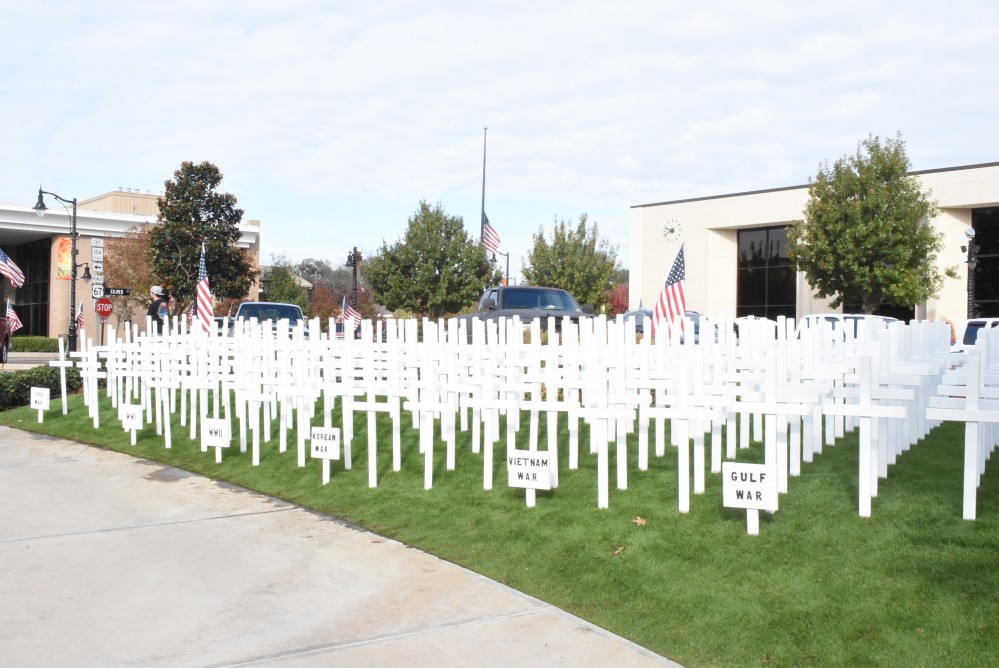 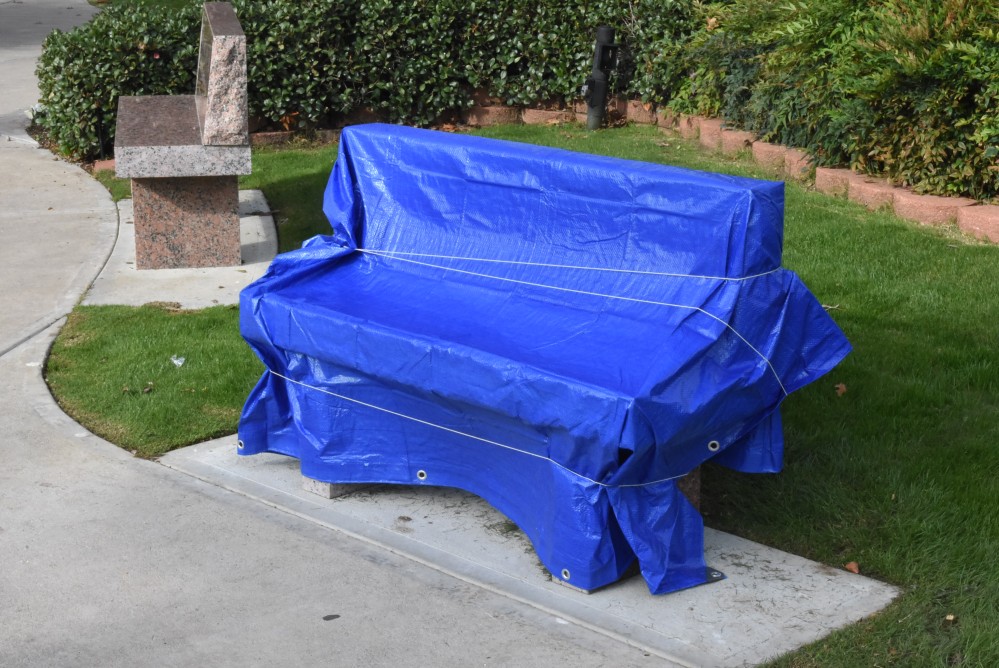 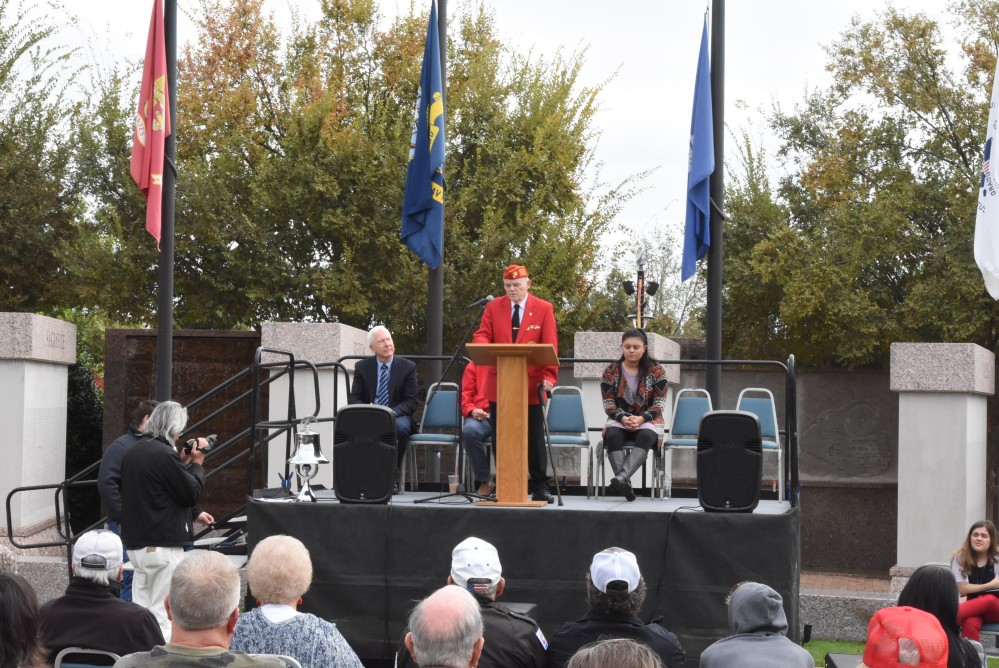 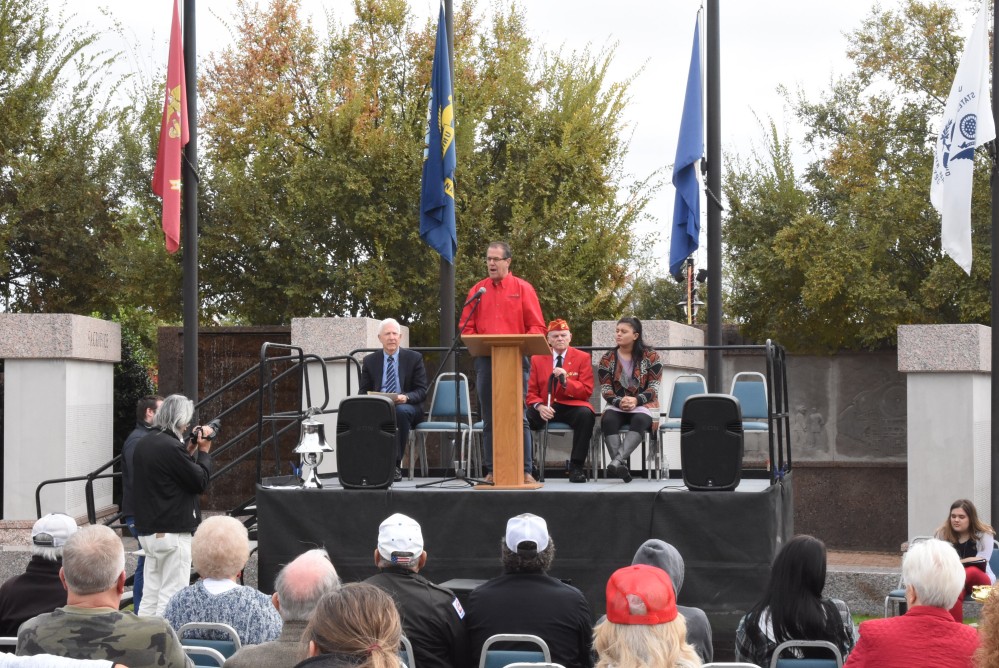 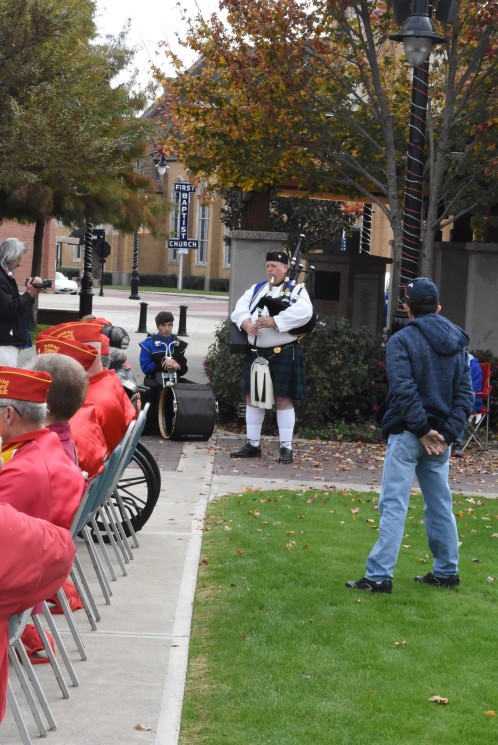 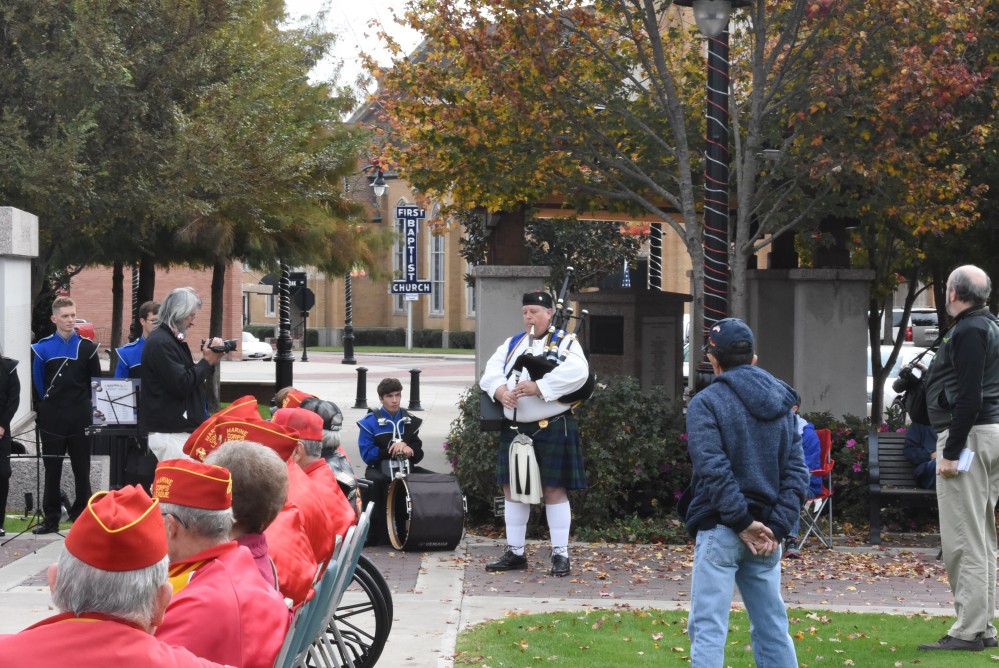 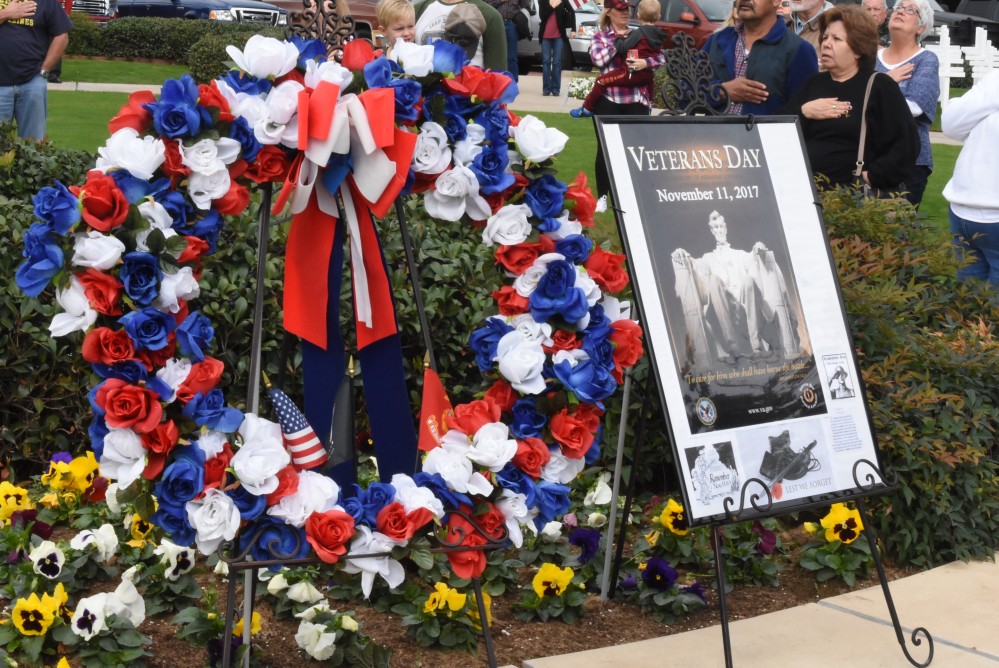 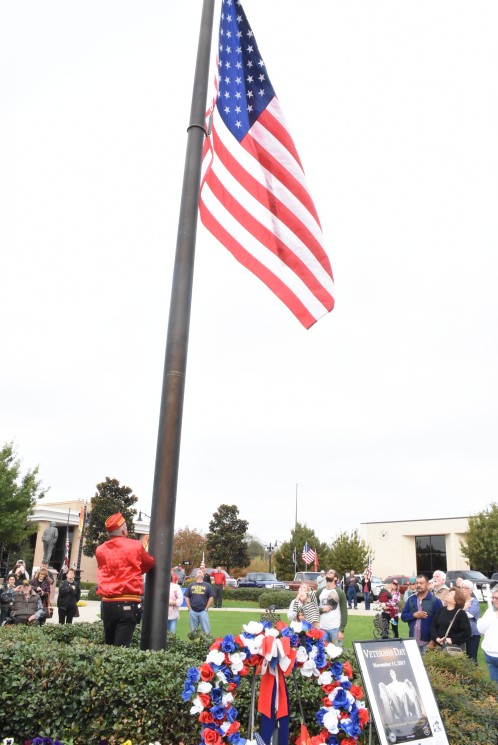 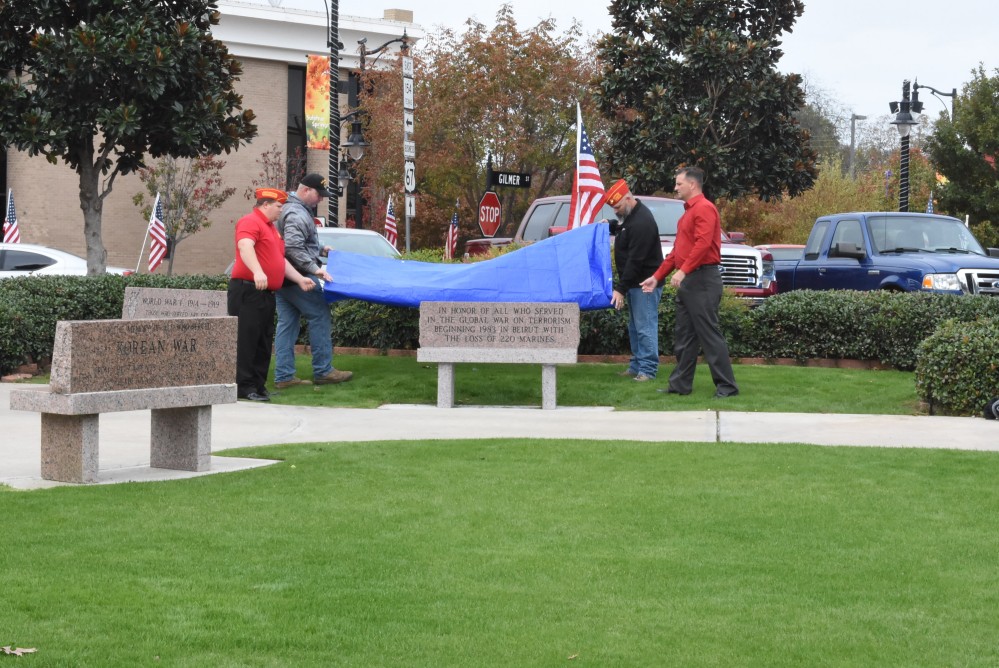