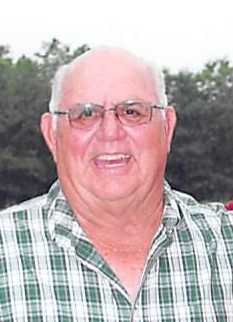 Funeral services for Robert Newton Bland, III, age 73, of Dike will be conducted at 11:00 a.m., Tuesday, November 28, 2017 at West Oaks Funeral Home Chapel with Rev. Paul Bailey officiating.  Interment will follow at Nelta Cemetery with sons and grandsons serving as pallbearers.  Honorary pallbearers will be Dale Lehman and Howard Wissner.  Visitation will be at 10:00 a.m., one hour prior to service time at West Oaks Funeral Home.  Robby passed away on Friday, November 24, 2017 at Mother Francis Hospital in Tyler.

Robby was born on May 9, 1944 in Houston, TX, the son of Robert Newton Bland II and Matilda Sue Coleman Bland.  Robby graduated from the University of Houston as a mechanical engineer and worked for El Paso Rexene Products for over 20 years.  He then started his second career as a cattle rancher in Dike.  Robby was also a volunteer fireman with the Sulphur Bluff Volunteer Fire Department.

Memorials may be made to the Sulphur Bluff Volunteer Fire Department or to the Odessa Boys and Girls Club Judo, 800 E. 13th, Odessa, TX  79764.