Gandy Sentenced; Appeals Sentence Based on Arguments Consistent with Republic of Texas Group 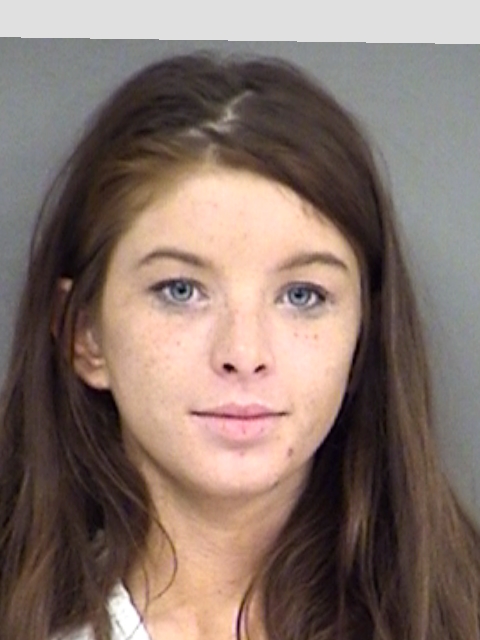 Dana Lynn Gandy, 26, was sentenced by Judge Eddie Northcutt to six months confinement in state jail for the offense of Felony Theft following a sentencing hearing Tuesday, November 28, 2017. Earlier this month, Gandy had been found guilty by the jury in thirteen and a half minutes, the defendant elected to have her punishment assessed by Judge Northcutt instead of the jury.The range of punishment for the crime is a minimum of six months up to a maximum of two years. The offense carries a potential fine of up to $10,000 however Judge Northcutt did not assess a fine. After being sentenced to the minimum punishment of six months confinement, the defendant filed legal documents with the court consistent with the arguments and legal positions of The Republic of Texas group, a group that believes that the laws of Texas do not apply to them because they are “sovereign citizens”, according to Assistant District Attorney Clay Harrison.

Gandy was found guilty by a Hopkins County jury of stealing approximately $1000.00 worth of groceries from Walmart in Sulphur Springs. The defendant first attempted to push a shopping cart out of the store without paying, but she was stopped by a Walmart employee. She then waited inside the store for a few hours before attempting to steal a second time. During her second attempt, she “under-rang” items in the self-checkout machine and then pretended to pay for her merchandise before leaving the store. She was stopped by Walmart loss prevention officers.

During the sentencing phase, Assistant District Attorney Clay Harrison called Sherry Scallions, a CPS worker, who testified that the defendant presented her with a forged government record and claimed that the State had dismissed her pending felony case for Child Endangerment. The State also called SSPD Detective Mark Estes who testified that he had recently been contacted by a man claiming to be an investigator with the Texas Attorney General’s Office. The man told Detective Estes that he was investigating allegations of misconduct by CPS and court officials in the defendant’s case. Detective Estes later determined that the man was impersonating a peace officer and when he attempted to reach him, the man had disconnected his phone. Carol Gunderson with the probation department testified that the defendant had lied to her and was uncooperative during her pre-sentence report investigation.

The defendant’s father, John Gandy, testified that he believed CPS had not been totally fair in his daughter’s case and that he believed she should get probation. The prosecutor cross-examined Mr. Gandy about whether the defendant was a member of the Republic of Texas.

She was indicted in August of this year for Abandon Endanger Child Criminal Negligence. Special Crimes Unit, working with Child Protective Services, arrested her at the CPS office in July. CPS opened an investigation in June of this year testing Gandy, her husband and their 4-year old child. The 4-year old child tested positive for Methamphetamine. Both the biological mother and the biological father tested positive for a variety of controlled substances. The biological father was in a drug rehab program at this time of her arrest. His arrest was pending his release. The now 5-yr old child continues to be placed with relatives.