During the Collegiate FFA Invitational Leadership Development Event on October 31, 2017 at Texas A and M in Commerce, more than twenty teams with 250 eighth-grade through Sr. students from Texas Areas 5 and 6 attended practice competitions. There were nine different areas of the contest including  two Greenhand categories, Job Interview, Agricultural Issues, Senior Skills, Ag Advocacy and Public Relations. FFA Broadcasting was one of the categories and drew contest teams from Lake Worth, Chapel Hill, Honey Grove, Mabank,  Sam Rayburn, Rockwall, Henderson, Wylie, Cooper and Cumby. Judges were Enola Gay from KSST Radio in Sulphur Springs, Texas and Mrs. Burt, Ag sponsor from the Roxton ISD. Cumby FFA  took top honors in the FFA Broadcasting Category, followed by the Wylie and Sam Rayburn FFA Chapters.

In FFA Radio Broadcasting competition, a team of three members presents an informational radio program covering one or more agricultural subjects that is current in nature and local in content. The contest assumes that the chapter has a regularly scheduled non-commercial radio program each month over a local radio station.

The team is set up in a room adjoining the judges and their 6-8 minute scripted program is heard over a speaker. Judges score the teams using criteria on local relevance and impact, continuity, effectiveness, pronunciation and volume, interaction between speakers and ability to hold audience interest. After all the teams were heard, scores were compared and analyzed by Contest Superintendents Jeff Gatlin and Nathan Burt then turned over to the Invitational Superintendent for rankings.

In an LDE or Leadership Development Event,  the focus is on creating situations for members to demonstrate their abilities in public speaking, decision making, communication and knowledge of agriculture and the FFA organization. Teams and individuals  events are used to reinforce what is taught in Agriculture Science classrooms.

The Cumby FFA Broadcast team is made up of Lacey Jacobs, Dayton Wood and Jayla Dominio. Next the team advances to District competition at Marshall on Friday November 3, 2017. 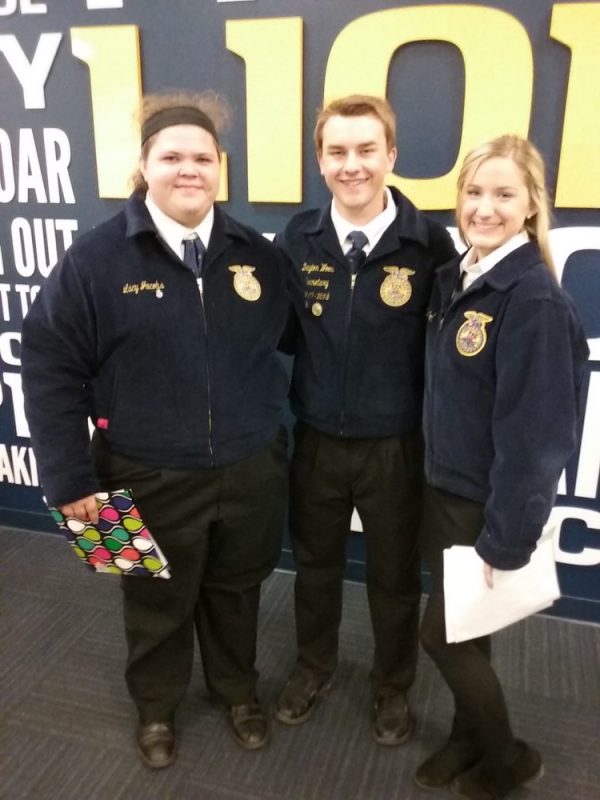 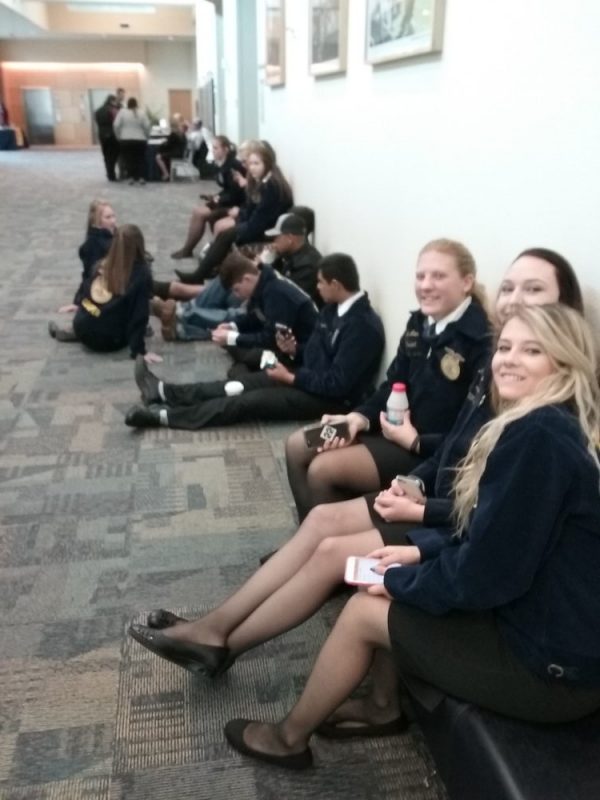 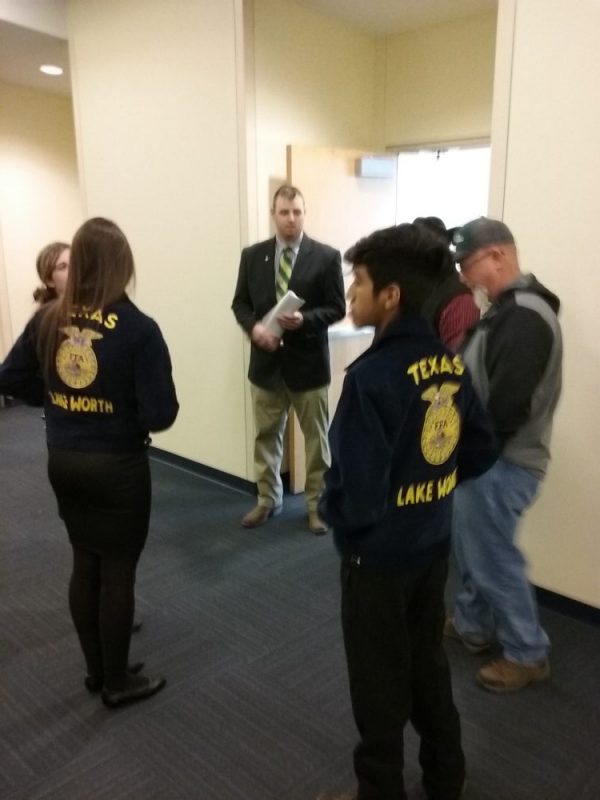