The Wildcats Marching Band qualified for Area competition at the UIL Region IV Marching Contest in Mt. Pleasant Tuesday. Wildcats Band Director Charles McCauley said it was a big, big deal. The UIL contest is the first leg of the annual quest for sweepstakes by the band. Every other year, bands can advance to area and state and this is that year, McCauley said the band had a really good day.

He called their performance on Tuesday the band’s best of the year. He said for the first time this year everything clicked. McCauley said some performances have been plagued by technical problems. He praised student soloists during the band’s show: Laura Cavaness, Carissa Carter, Adam Ost, Nathan Braddy, Zach Phillips and Celeste Leeds-Laliberte. McCauley said he got so excited at the end of the performance Tuesday that he almost jumped out of his scooter. He said the band members knew they had an exceptional performance.

The band got an overall one rating or first division score from two judges and a surprising two from another judge. McCauley said he was pleased with what the band got. He did say the band did have some stuff to clean up before the area competition. The band will attend a contest this Saturday in Prairiland. The Wildcats Marching Band has been named grand champion at this contest the past two years. The band will perform at 3 p.m. Saturday. The UIL Area C Marching Contest will take place Saturday, October 28 in Mesquite. 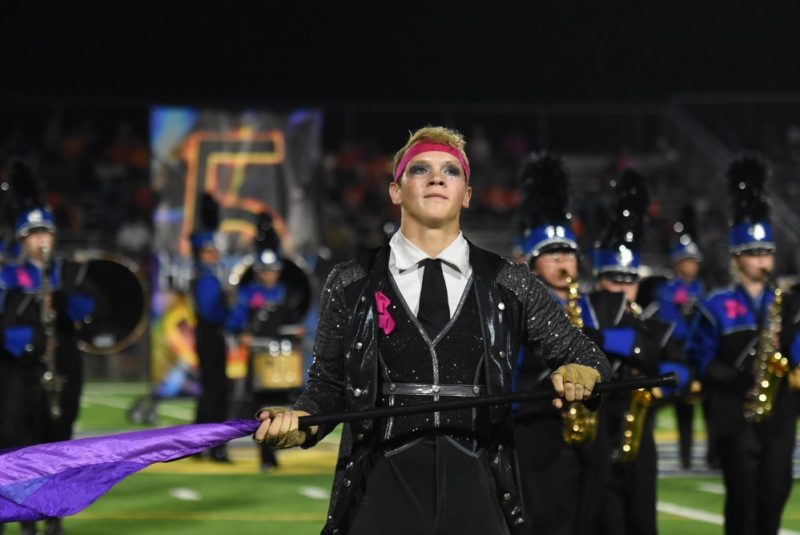