Wildcats Offensive Coordinator Matt Young said a big key to success for the Wildcats’ offense last Friday night was taking care of the ball. They had no turnovers. Coach Young said ball security is something coaches talk with the players about a lot. Coaches also stress proper technique for protecting a football. Coach Young said the Wildcats execution was really good Friday with everyone doing their job. He said the offense played steady and consistent all night. Coach Young also noted that both Wildcats’ quarterback had good games. He said playing two takes the pressure off just one guy. Coach Young said the dual system also allows him to better utilize the skills of Ryan Humphries and D’Corian Young. Both also play receiver. Coach Young said both quarterbacks moved the team, both made big throws to receiver Simeon Taylor and both hit backs out of the backfield with passes that turned into big plays. The Wildcats play Greenville this Friday on Senior Night at Gerald Prim Stadium. Coach Young said the Lions’ defense does a good job and he added they have some talented players. He said he is especially impressed with defensive end Jeremiah Abrego, free safety JaKwan Allen and middle linebacker Sam Martinez. Coach Young said Lions Head Coach Darren Duke has the Lions playing very hard and with lots of confidence.

Wildcats Defensive Coordinator Triston Abron said he agrees that the Wildcats, including his defense, played one of their most complete games of the season Friday in a 31-14 district win at Mount Pleasant. Being the stickler that he is, Coach Abron said he would have liked it more if the defense could have kept the Tigers off the scoreboard completely. He was pleased to see the defense collect an interception and a couple of fumbles. One fumble was actually recovered by a Tigers’ back who made a good gain. Coach Abron noted that two plays later, the Tigers’ fumbled again and the Wildcats recovered. Coach Abron said he was impressed with the play of the defensive line. He said D’Idrec Dugan had less tackles than usual but he said the Tigers kept running away from him. Coach Abron also praised linemen Calvin Eckert and Vuk Susic. He noted that linebacker K.J. Abron led the team with 12 tackles. Right behind him was safety D.J. Abron. Coach Abron also singled out defensive linemen Michael Arrington and Evan Rushing linebacker Jaxon Reneau and defensive backs Day Day Dugan, Terrell Turman and Andy Eddins. He added Eddins also played well on special teams. The Wildcats host Greenville Friday at The Prim. Coach Abron said they are very balanced on offense. He said the Lions use a lot of motion and deception. Coach Abron is very impressed with Lions quarterback Caleb Jarvis. With multi-threat Nick Mapps out with injury, the Lions now depend on back Christian Dunson as their main ball carrier. Coach Abron called Dunson a fast little dude. He said the Lions also have capable receivers and a good offensive line. Coach Abron said Greenville is legit and he added this is one of the most talented Lions’ teams he has seen an a really long time. 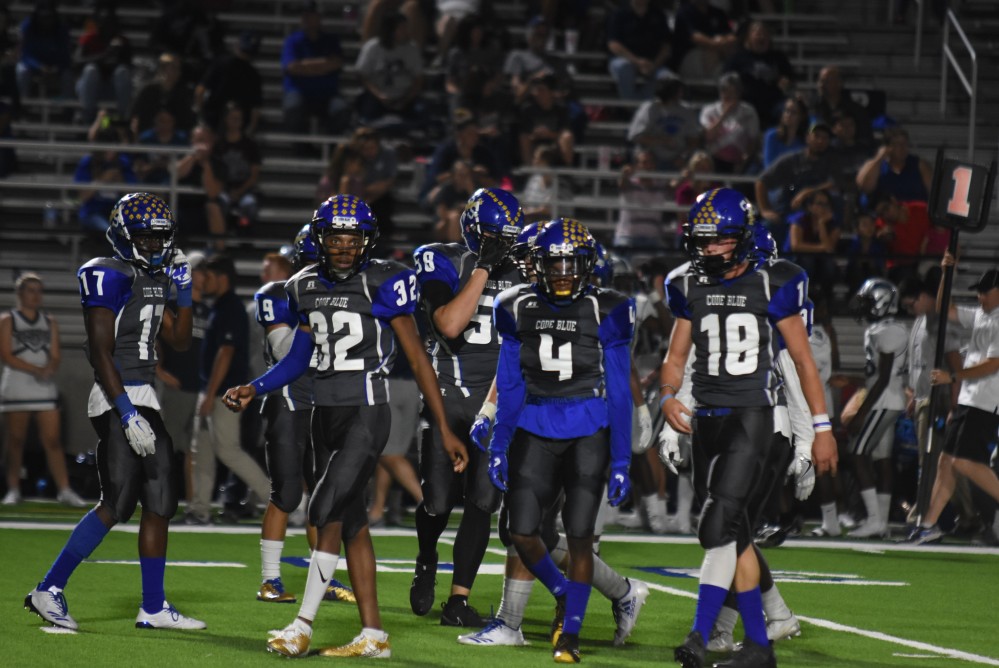