Wildcats Defensive Coordinator Triston Abron didn’t care much for the start of the Texas High game. The Tigers jumped out ahead 14-0 after short drives after two Wildcats’ turnovers and then when the Wildcats penned Texas High inside the ten yard line, the Tigers hit the Wildcats with a big play for a score. Coach Abron gave the Tigers’ coaches credit for coming up with some scheme stuff during an off week that the Wildcats had not seen them do before. He said the Tigers’ Division I receiver Tevailance Hunt was talented and was very hard to contain. Coach Abron again praised the play of defensive lineman D’Idrec Dugan. Coach Abron said he moved Dugan to the nose tackle position so Texas High would quit running away from him. Coach Abron also liked the secondary play of Day-Day Dugan. Coach Abron said it was Dugan’s best game of the season at cornerback. He said the defensive staff has been working to come up with ways to prevent the big plays. Coach Abron said the defensive coaches would be working hard to fix the Wildcats defense during this off week. He said they would worry about Mt. Pleasant next week. 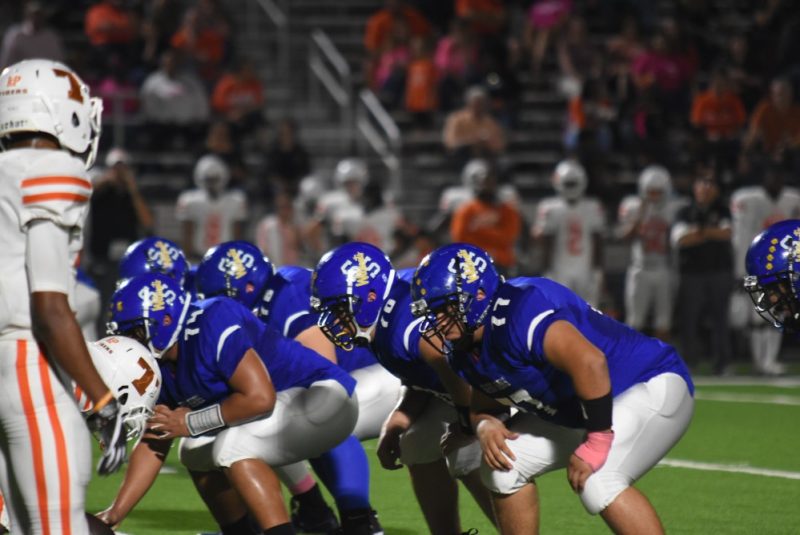