The Wildcats take on the Texas High Tigers Friday night at Prim Stadium. The first year head football coach of Texas High is Gerry Stanford and he has some very big shoes to fill. He replaces long time Tigers head coach Barry Norton, who moved across town and across the border to Arkansas High. Stanford came to Texas High from Flower Mound Marcus where he was the head coach. Before that Stanford had a very good run as head coach of White Oak. He also coached at Hurst L.D. Bell and at Grapevine.

The Tigers are 2-3 so far this season under Coach Stanford. After splitting four non-district games, the Tigers opened district play two weeks ago with a tough home loss to Marshall, 35-33. The Tigers had a bye last week. Coach Stanford said the bye came at a good time after the Tigers played five straight weeks with all the games close and physical. He said they regrouped, got healthy and went to the drawing board to fix some things this week. Coach Stanford said the non-district schedule featured good competition that prepared them for tough district games to come.

He said the Texas High offense features good receivers, running backs and quarterback play behind an improving offensive line. Coach Stanford said the Tigers defense carried the team early before the offense started to come around. He said he is enjoying his first year at Texas High. He called Sulphur Springs a tough team with lots of experience. He is especially impressed with the Wildcats defensive line and quarterback play. Coach Stanford said the Wildcats are well coached and are a high character team. 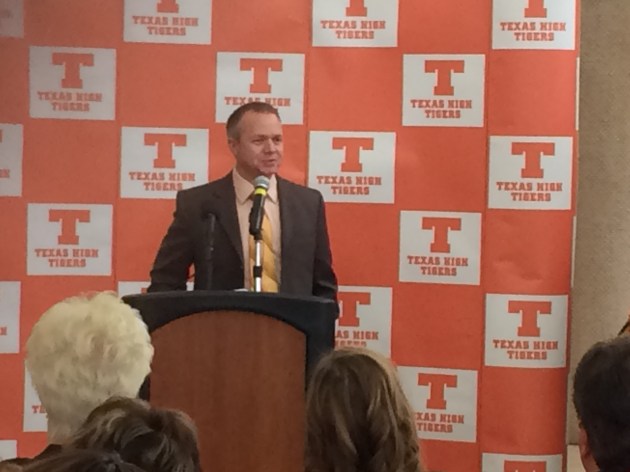